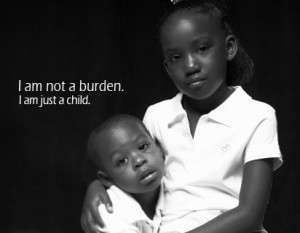 Despite 65,000 at-risk children in Shelby County, the Shelby County Board of Commissioners voted to nuke its Office of Early Childhood and Youth.

It’s all political theater since a dime increase in property taxes would end the bickering, the politically-inspired funding cuts, and the dramatic gestures that make for good headlines but poor fiscal policy.

But not even a whole penny is needed to keep open the Office of Early Childhood and Youth.  Its cost amounts to little more than one-fourth of one penny in property tax.  Once again, the assault on children was led by Wyatt Bunker, part of the crowd that insists that no child should be aborted so they can cut funding for them after they’re born.

It’s one thing to be Pollyannish enough to think that churches and civic groups should be responsible for caring for the poor, as Commissioner Bunker suggests, but his past votes to turn down federal funding for poverty-related programs is nothing short of politics at its most cynical.

The vote to defund the county office was a sad day for a government that is mediocre on its best day when it comes to serving the interests of children, regularly substituting lip service for public service when it comes to the youngest among us.   Fortunately, state law mandates school funding or it might be on the chopping block as well.

Saddest of all is that three African-American commissioners joined the extremists and voted to eliminate the office as well, and at the exact moment in time when 40% of the children in their districts are living in poverty and in stressful environments that will stalk them the rest of their lives.  Demographics are not destiny, but in our community, it is a boulder that too many children are forced to push up a hill and too few succeed.

That’s why the Office of Early Childhood and Youth was created in the first place: to create a laser-like focus in Shelby County Government about the impact of policies and programs on children.  Perhaps, it was that the office produced a level of accountability for their votes and context for their actions that disturbed some commissioners.

The Office of Early Childhood and Youth issues “child impact statements” that tell how issues up for votes affect children, and the office also ensures that state and federal funding for infant mortality, teen pregnancy, and other issues is spent in a coherent manner so that two plus two equals more than four.

The vote by the Board of Commissioners conceivably puts $6 million in federal funding at risk, but it most definitely drives a nail into the coffin of the $2 million in federal funding from the Department of Justice’s Defending Childhood Initiative. Our community was one of only three places invited to submit an application, largely on the strength of our show of support to children through the presence of the Office of Early Childhood and Youth.

Only a few days ago, we posted these comments from The Urban Child Institute:

“During a natural disaster, Memphis is united by our concern for the children living in shelters and displaced by flooding waters.  We come together to join the fight against the forces of nature that threaten our neighbors.  We prove that we can mobilize to help the youngest among us and to show them that their city cares for them.

We have to do the same for the youngest children in Memphis when there is no natural disaster but a calamity of human proportions.  That’s because regardless of what the weather is doing or what the river stage is, we have another disaster to fight – the prolonged stress on children under three years of age.   It’s this kind of sustained stress that can slow – or even stop – brain development.”

In other words, it’s not nature that our children should fear.  It’s us adults.

As a city, we shirk our responsibilities to infants and toddlers while expecting teachers – after we send so many poor children to them unprepared and insufficiently nurtured – to “fix” them for us.  While we celebrate the impressive progress made at Booker T. Washington High School and President Obama’s stirring recognition of them as “underdogs,” our community, particularly through our elected officials, do too little too late to move children from the class of underdogs who have to overcome demographics and succeed in a community that tells them that they have no value to us.

Too Little Too Late

It’s shown in the vote of the Shelby County Board of Commissioners.  But it’s shown also in the fact that Shelby County’s Head Start program touches only a small percentage of the children in our community who are eligible to attend.  For every child in Early Head Start, 31 qualify to go but there isn’t enough funding to create spaces for them.  That’s because Shelby County Government’s commitment only extends as far as taking federal money for the program.  It doesn’t extend to putting up some of our own tax money so that more children can attend a program with proven results.

That is reason enough for embarrassment, but to send the message that we created an office to show our commitment to children’s issues and that we are eliminating it is a message that is lethal.  Any expectation that foundations and the federal government are going to look positively upon Shelby County is swept away with the commissioners’ vote.

Here’s the thing: children living in poverty are not a Memphis problem.  Poverty is rising in every area of Shelby County, and now 10 percent of the children in suburban Shelby County are living in poverty and the number is growing.  Apparently the churches and civic groups in Commissioner Bunker’s own district are failing his test of caring for the poor as well.

As a wise friend summed it up for us:  “In looking at what city and county government do to better the well-being of our children, pretty much the only thing we could point to was the Child Impact Statement process. With that gone, it’s safe to say that local government does nothing to benefit children and families. More simply put: the County spends money they don’t collect, and collects money they don’t spend.”

At this point, the Shelby County Board of Commissioners should increase property taxes by 10 cents and get to the really serious work that needs to be done: redesigning county government as it now exists.  Over the years, the budgetary process has become anything but a process.  It has devolved into a feeding frenzy of cuts that may equal the amount of the deficit to be closed, but it has none of the markings of a strategic look at fiscal policy, scenarios for the future, and solutions for the structural problems inherent in local government in Tennessee.

Only when county government turns its attention to the fundamental issues of structure, regressive taxes, lack of revenue sources, and the link that has to exist between public priorities and public spending.

Back to this week’s vote, Commissioner Mike Carpenter, who has amassed a record as a champion for children, put it perfectly: “We can hold people accountable for the things they should do and haven’t done. But we can’t punish their children.  You need to check your conscience.”

Apparently, several of his colleagues not only checked their consciences at the door but aren’t that well-acquainted with the history of Shelby County Government either.  Commissioner Bunker, in retort, said that government should only provide “essential services,” and although we’re perplexed as to what’s more essential than the future of our children, it’s worth noting that one of the first actions taken by county government when it was created almost two centuries ago was to provide help to the poor and needy.

It’s a tradition worth remembering.  And honoring.

This Week’s Question: What To Do If In Charge Of Downtown

How do we deal with a budget crisis?