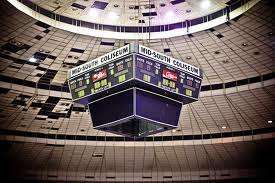 Everybody wants government to be more businesslike until it comes to their special interest.

Any organization making the claim that the building should be saved should produce a business plan and market study that justifies it. It’s those real-life challenges that lead us to predict that the Coliseum has no future and that it should be razed to clear a canvas for redevelopment of the former Fairgrounds site.

A High Price to Pay

It would be hard in the best of times to come up with a case that makes sense for city government to sink tens of millions of dollars into the Coliseum, but with the grim budgetary realities gripping City of Memphis government for the foreseeable future, it’s unlikely that a government that can’t come up with $7 million for a needed, modern 911 center can come up with the money needed to bring the Coliseum up to the standards of the Americans for Disabilities Act, to address the building’s sizable maintenance needs, and to restore the building – from a ceiling falling in to broken bathrooms to broken tile – to a level where it is usable by the public.

We love the Coliseum. We saw some of the most incredible, emotionally-charged Memphis State basketball games in history there and we saw memorable concerts by the Beatles and the Rolling Stones, to name only a couple. However, nostalgia is a tenuous justification for saving the building and it falls well short of the serious analysis that is needed by anyone proposing that the building should be reopened.

There are those who say that the Coliseum can be brought up to operable standards for about $10 million. Don’t believe it. Studies of the building dating back more than a decade show that the cost is three to four times higher. To put that in context, it’s at least 50% more than the city’s incentive for Electrolux, and that investment will create more than 3,000 jobs.

Unfortunately, because of the structural construction of the Coliseum, it is not practical to reduce its capacity to a more manageable and market-useful size, say, 4,000 seats. Years ago, city and county governments (before county deeded over the building to the city) was interested in rightsizing the building for a possible future but it was found to be incredibly costly because in the end, because of the way the building was designed and constructed, the building would essentially have to be rebuilt.

The Wrong Size at the Wrong Time

Fast forward to now. The prohibitive costs of getting the building up to par, City Council has been told, is the reason that a new, multi-purpose building sized for graduations and sporting events makes more sense at the Fairgrounds. Based on the market studies by the city’s sport consultant, there isn’t a market for a building the size of the Coliseum and more to the point, the cost of opening an 11,000-seat building when events regularly need only 3,000 seats blows a hole in any business plan for making the building turn a profit.

After all, if there is a concert or event that can draw 7,000 to 11,000 people, FedEx Forum, invoking its right of first refusal from its non-compete agreement, would hold them there. For an arena with 11,000 seats, the business model has to be built on concerts.

For example, one sold-out concert in The Pyramid produced more revenue than all of the University of Memphis’ basketball gamed combined. There’s no reason to ever think that the Grizzlies ownership, in control of FedEx Forum, is going to let another venue regularly host events of that size, and it shouldn’t anyway, because it’s in the city’s interest for FedEx Forum to be as successful as possible to general the dedicated revenue streams to pay back the bonds.

Then, there is the issue that the Coliseum’s place on the National Register of Historic Places. This designation does not prevent city government from razing the building, but more to the point, it was a designation accomplished by a runaway Coliseum board that was doing everything to throw obstacles up to prevent the closing of the building after the opening of The Pyramid.

More serious was the fact that the Coliseum board decided to go head-to-head and compete against The Pyramid for business, and in the process, it drove down the revenues of the new arena – which had to recoup the most revenues possible to pay its considerable overhead – by undercutting the rental rate for The Pyramid.

Since 2000, government has favored the razing of the Coliseum, and it takes on new importance with opportunity for new sporting venues and retail stores on the site, and since the redevelopment costs are being paid by the rebated state sales tax allowed by the Tennessee Tourism Development Zone, there is the imperative to maximize revenues as much as possible. It seems impossible to us that a renovated Coliseum could come close to producing an amount that even approaches the revenues from new venues on the same sight.

But even if there wasn’t a plan for a new sports-oriented neighborhood at the Fairgrounds, we’d still say it’s time to take down the Coliseum. In fact, we’ve said it for more than five years. The building is slowly deteriorating and the acres of asphalt are nothing but an eyesore.

While some claim that the Coliseum should be preserved because of its historic connections to Elvis, we think it’s more historic for being the building that led The Beatles to give up touring altogether. There no denying that the building had the best acoustics of any concert venue ever built in Memphis. It’s also true that no other building of its kind ever measured up to the Coliseum’s designs as shown in finishes like its terrazzo floors.

And yet, that still doesn’t convince us that the Coliseum should be saved. Already, city government seems to have preserved older and more historic buildings on the Fairgrounds site and preserved and improved the monuments that now stand at the entrance to the unartfully-named Tiger Lane. The old Libertyland Carousel has been crated up, waiting for the day when it will be restored and reassembled.

At this point, Memphis Heritage has not taken a position on the Coliseum, and in recent years, under the leadership of June West, the organization has found broader influence and support. It’s why we regularly find ourselves on the same side of issues with Memphis Heritage these days as it finds the right balance for its best results and effectiveness.

To quote an article we posted Friday: “Of all the design disciplines, historic preservation is perhaps the most misunderstood. While it’s widely accepted that architects design our buildings, and planners organize our cities, the role of preservationists merits less appreciation. Popular culture abounds with clichés of the preservation zealot – there’s the gray-haired old lady laying herself down in front of an oncoming bulldozer, the guy dedicated to rescuing decrepit buildings and saving historical artifacts, and the Not-In-My-Back-Yard types preventing economic development at every turn.

“But perhaps we’ve been too hard on historic preservation. While those stereotypes do exist, many working in the profession today imbue the preservation process with flexibility and economic vitality.”

At the end of the day, flexibility and economic vitality make the decision on the Mid-South Coliseum pretty clear: there’s no basis on which to “save” a building with no useful future or a past that merits preservation. 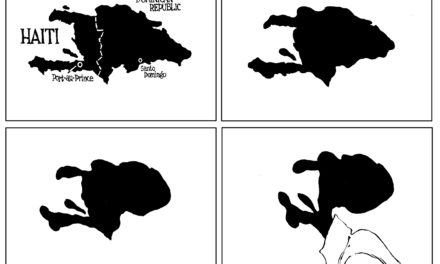 Turning Our Attention To Finding A Great Mayor