Nashville and Memphis: A Tale of Two Cities 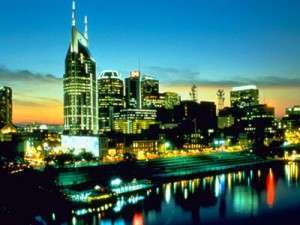 Maybe those overachievers who put those “attitude is everything” signs on their desks are right.

Or perhaps, they have simply been handed out for desks all over Nashville.  At a time when we talk here about competing with other cities, we could do a lot worse than looking up I-40 to see what lessons we can learn from a city with an attitude.

For us, if there is anything that distinguishes our state capital, it is in fact an attitude that constantly asks, why not the best?  It doesn’t seem to matter whether it’s a park, a new main library, or minority business, the default position in Nashville is to ask how it can be the best at what it’s doing.  It’s an ambition that drives them to strive, to stretch, and to achieve more than we have in the past decade.

Too often, here, many conversations feel like cop-outs.  We’re too poor.  We’re too black.  We’ve got one government too many.  We are on two state lines.  Nobody has the problems we do.  We are just so different that we can’t do what Portland did, or Charlotte, or for that matter, Nashville.

We treat our differences – which aren’t nearly as distinct as we think – as crutches to keep from having to do something.  We treat ourselves as incapable of controlling our own destinies and as prisoners of our own pessimism.

There was a time a few decades ago when Nashville could easily have felt the same way.  Its population growth was flat.  Its economy was unexciting.  Its character and urban design were nonexistent.  Its “Athens of the South” motto said it all: tired and dated.

Those were the days when we were the dominant city, county, and region; we were the economic giant in Tennessee; and although “Big Shelby” was supposed to be derogatory when spoken in Nashville, it was also a sign of respect.

Then, the world turned upside down, and today, Nashville is all the things that we had every right to expect for Memphis.  But while we were reeling from the assassination of Dr. Martin Luther King Jr. and our confidence in ourselves was spiraling downward, Nashville was modernizing its government and appointing it as the vehicle to drive the city to a better future.  More to the point, the leaders of Nashville joined together with a singular focus to create a pro-business environment, to engage in new thinking, and to aspire to be the best.

The results could not be more dramatic:

The number of civilians employed in science and engineering in Nashville are 26,453, compared to Memphis’ 14,316.

The value of exports in Memphis is $4 billion and in Nashville, the exports are valued at $6.5 billion.

Finally, in a world where the economic success of cities is driven by the presence of college-educated workers, Memphis has 18.1% of the state’s population between the ages of 25-34 with a post-secondary degree.  Nashville has 31.5%, which underscores the primary reason that Nashville is battling with Charlotte to determine which one is the South’s second great city (behind Atlanta).

There’s no need to belabor the point, but what are the lessons that we could learn from Nashville, knowing that consolidation of city-county governments is unlikely to happen in the next 20 years.

Lesson #1: Don’t sell your city at a discount.

Nashville decided early on to use tax freezes strategically and sparingly, reserving them largely for company headquarters.  While our community granted 415 tax freezes over 10 years to convince businesses to come here, Nashville handed out five.  In other words, its winning strategy was to tell companies that they were fortunate to expand or relocate to a city committed to a vibrant business environment and to offering a workforce prepared to compete in the global economy.

Some credit Nashville’s burst of success to the power of consolidated government, but the truth is that it’s more about leadership than structure.  Nashville put together a string of leaders with one foot in the business community and one foot in politics. Most of all, Nashville business leaders drove a stake in the ground, saying what they demanded from their hometown leaders and then putting their money where their mouths were. As a result, in Nashville, there is the feeling that they can do anything and that they have to because they are a big league city.

Lesson #3: Shake off the past but build on heritage.

In some respects, Nashville has replicated the story of Atlanta, where strong corporate leadership and an engrained sense of civic commitment catapulted it from a sleepy Georgia city steeped in Confederate tradition to an economic dynamo that sucks up much of the young talent in the Southeast – especially African-American – and now gauges its success on international terms.   Nashville is not Nirvana.  There are racial issues, there is poverty, and there are failing schools, but rather than rehash the past and assess blame, Nashville’s instincts are to figure out what’s broken and put together impressive coalitions to fix it, all the while keeping one eye on what makes it authentic.  Most of all, while we often see our history as something negative, Nashville seems capable of finding the positive on which people can join hands.

Lessons #4: Nashville is honest with itself.

There’s a current of ambition and aspiration in Nashville that shapes every opportunity.  Given the chance to build a new main library, they selected one of America’s great architects and built it dead center in downtown Nashville.  It’s the sort of behavior that is common there.  The conversation is honest but it’s rarely self-destructive, because everyone there assumes when it begins that Nashville can show other cities like ours how it looks when it’s done right.  And the higher ambition drives higher actions.

It’s not a given that a capital city is necessarily successful.  There are capital cities that are lethargic and flat-lining.  But Nashville set political clout in state government as a priority and decided to support its mayors to such a degree that they would be statewide political figures.  It’s not a given that a capital city gets what it wants from the state government headquartered there, but over the years, Nashville has a highly successful record in creating the powerful coalitions that demand attention on Capitol Hill and produce results.  About 25 years ago, attorney Mike Cody spoke about the need for Memphis to get its act together and become a factor in state affairs.  It’s still a goal we should pursue.

Again, this is not to say that Nashville is perfect.  Far from it.

It continues to lack the character that would be expected for a city that claims to be Music City USA.  Its urban design regularly fails to match its soaring rhetoric about quality of place.  Its sprawl continues to weaken the urban core (although there are some interesting developments under way in some inner city neighborhoods) and shows no signs of easing up.

But, mayors, wherever they are elected, care about jobs, talent, and quality of place, and success in those categories covers over a lot of sins in the lives of cities.  That’s certainly the case in Nashville, but most of all, it stands as a reminder for what leadership, vision, self-confidence, and ambition can do.

This Week On Smart City: The Value Of Walking And Technology

Impact From Wall Street Trickles Down