Getting to the Memphis Brand 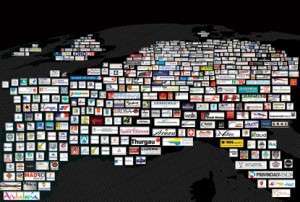 In light of conversations that seem to be occurring all over Memphis, we’re reprising this post from February of this year:

Possibly the only thing more disconcerting than the self-loathing  that is such a regular feature of life in Memphis is the overly defensive attitude we exhibit when we finish on the wrong end of one of the meaningless city lists that populate publications and websites these days.

So far, we’ve had the city mayor, the city’s congressman, the head of our arts fund, the coach of our college basketball team, and God knows who else, wring their hands over the Forbes magazine ranking of Memphis as the third “most miserable” city in the U.S.

Some of the responses suggest that some people think that if we just do better marketing, we won’t end up on these lists, although the indicators used by Forbes to come up with its ranking are statistical, not qualitative, so we repeat, as we often do, that it’s not about doing a better job of telling the Memphis story.  It’s about having a different story to tell.

The good news is that we seem to be coming awake to the facts that we have to change, particularly childhood poverty.  We were inspired yesterday by Memphis City Schools Superintendent Kriner Cash’s impassioned, and well-placed, emphasis on the future of the one of two children in Memphis who live in poverty.  In comparing the fight for these children’s lives to the courage displayed by sanitation workers in the civil rights movement, he in effect called for a movement that we all should join – to pursue every conceivable way to create a city that offers choices for every child to succeed.

But we digress.  There’s the frequent idea that a city’s brand is a pithy slogan or a catchy bumper sticker.   In truth, the only brand for Memphis is its own name.  That’s what Paul O’Connor, former head of World Business Chicago, said after directing a process to develop a new brand for his hometown.  In the end, it was left at Chicago, because, as he put it, what  slogan is strong enough to add value to the name of the city?

It’s a good question to ask.   In a city that has a mythic reputation anywhere you go in the world, it’s pretty hard to think of a slogan that actually improves our brand.  It’s Memphis, plain and simple.

It’s Not About Slogans

We’ve thought often of the special affection that is held for Memphis on every corner of the globe and for our music legends.  In the middle of a desert in Israel, we once ran into an Elvis Presley tribute center and in the heart of Tokyo, we once drove by a park that featured a photo of the king of rock ‘n’ roll.  Then there are the dedicated blues fans in Europe who can name every blues great with ties to Memphis.  Then British magazines like Mojo often have more material about Memphis bands than our own local media.

Mr. O’Connor said: “The greatest piece of advice I can give to other cities is to accept taglines only as a last resort.  A tagline passes for branding, but it is not the same thing.  Taglines are fragile, limited or too broad.  They do not represent who you really are.  A brand is the DNA of a palce, what it is made of, what it passes from generation to generation.  It is authentic and indicates what makes a place different from others.”

So what is a city’s brand?  It’s an aspirational narrative about what we want our city to be, told in a way that matters to the people we want to pay attention.  It can rally our community, communicate every person’s role in the community’s future and get attention in the marketplace, which can lead to more people, more jobs, more visitors and more money.

In other words, at its essence, branding is about what Memphis stands for.  In this way, it creates a higher purpose that gives meaning to our stories.

But we digress.  Memphis Mayor A C Wharton is right that we need a city narrative, a narrative that we can all see ourselves as part of.   But a really effective narrative doesn’t just capture the spirit of the past or the personality of the present.  More to the point, it’s about the future.  When it’s done right, it express the aspirations that we have as a people.

Narratives do matter, because a city’s buzz often is key to where talent moves and they help attract visitors to experience the promise of the brand narrative.   Most of all, a city’s brand has to be as authentic as the city they communicate, because ultimately, the narrative is what our citizens tell about ourselves and what we tell the world.

We may be the only firm in Memphis that has worked on city branding, and we tell our clients that a powerful brand narrative accomplished these objectives: 1) It creates a higher purpose that gives meaning to stories about Memphis; 2) It drives intent into experience; 3) It generates cultural value with those who live, work and play in Memphis; 4) It acts as a catalyst for best thinking; 5) It expresses what is true; 6) It leverages all available assets; and 7) It brings people together and puts them in the center.

When it’s done right, it can change internal and external perceptions, create consistent context for communications and marketing, deepens the city positioning in the economy and makes it more appealing to residents and visitors, combats negative stereotype and the promise of a distinctive region, and provides a shared vision for the future and reflects the city’s aspirations for itself.

A report by CEOs for Cities, Branding Your City, said: “In today’s globalized, networked world, every place has to compete with every other place for its share of the world’s consumers, tourists, businesses, investments, capital, respect and attention.  Cities, the economic and cultural powerhouses of nations, are increasingly the focus of this international competition for funds, talent and fame.

The Qs to A

“This competitive environment is a reality of our times, and how a city stakes out and communicates its distinctive place within it largely decides which cities succeed and which falter in the race for economic prosperity.  To this end, places are just like companies: those with a strong brand fine it much easier to sell their products and services and attract people and investment.”

If we are serious about creating a compelling brand for Memphis, we begin by answering:

What purpose lies at the core of Memphis and brings our people together?

What is the personality of the Memphis brand that differentiates it from all other cities?

What narrative about Memphis brings both purpose and personality together?

What are Memphis’s key features and benefits?

Getting at the Truth

In other words, this isn’t about a group of advertising gurus getting in room to come up with a pithy slogan or a marketing hook. Instead, it’s about a process that identifies the real values of the city, the widespread perceptions of the city including its strengths and weaknesses, the single most important benefit the city has to offer, and ultimately, what the city can be.

It’s not easy, because, as Mr. O’Connor said, “for the Genie of branding to work, you only get one wish – choosing the single most important benefit that you offer – and this one thing is the hardest part.” “But if you don’t get there and settle for mediocrity, it’s not worthy to build your future on,” he said.  “The biggest challenge is getting to what matters and getting to Memphis’ DNA. By connecting the dots between the truth of today and the aspirations for tomorrow, the branding is your guidance system for the future.”

More important is the impact that a brand can have on a city’s own people. “There’s only one Memphis, it’s about what you believe,” he said. “You keep telling each other the truth about Memphis and then you share Memphis with the outside world.”