Asking LaHood to Deliver on His Livability Pledge 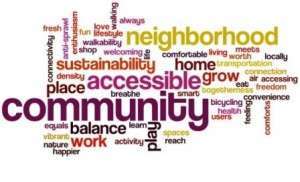 Memphis Mayor A C Wharton and Shelby County Mayor Mark Luttrell met with U.S. Secretary of Transportation Roy LaHood in Washington last week to discuss their priorities for our community.

Mr. LaHood is a breath of fresh air inside the Beltway because it’s hard to get accustomed to a head of DOT who set livability as a priority, saying: “We have a window of opportunity to think differently about transportation and propose bold, new approaches to improve the livability of our nation’s communities.”

To punctuate his point, he even issued six principles:

Valuing the unique qualities of all communities–whether urban, suburban, or rural.

In light of his emphasis, our agenda with him would have been straightforward: 1) Reforming MPO’s like ours that are unrepresentative and undermine urban sustainability, and 2) Mitigating the clear negative impacts of I-269 on Memphis.

One is a vehicle that led us to sprawl and the eroding sustainability of our city and the other is the physical evidence of that continued neglect.  If in fact Secretary LaHood is willing to put his money where his mouth is, and he’s shown that is, we’d have sent up an S.O.S. for his help with two issues that need his immediate attention.

The Memphis Metropolitan Planning Organization forces its staff to select the best choice from a list of poor options, and the suburban white dominance of a group making transportation decisions for a majority African-American region is indefensible.

Meanwhile, I-269 – a product of political influence rather than transportation needs – churns on, and the current design doesn’t even make sense from the standpoint of the almighty freight that was the latest attempt to justify it.  If it’s designed to move boxes quickly through Memphis and not intended as yet another gift to developers, why does it call for exits almost every mile?

At the exact time that we should be focused on encouraging infill redevelopment that revives and stabilizes Memphis neighborhoods, our transportation investments hollow them out, and leaders appear unable to turn the tide and abandon the flawed idea that sprawl is “growth.”

At the same time, the cause and effect — connecting the dots — between sprawl, the climbing Memphis tax rate, and an economically polarized city are overwhelmed by the influence of those who drive these transportation projects.  The inattention to the urban center that fuels our regional economy is symbolized by I-269, but its impact will be real and immediate. It will further produce an economically polarized city where fewer and fewer Memphis workers are paying more and more in taxes — including those spent for services and amenities that are in truth regional.

Wrapping I-269 in a shroud of terms like smart growth, knowledge economy jobs, New Urbanism and open space protection, supporters of the interstate suggest with straight faces that Memphis will benefit from new economic growth and development that the interstate will provide. If our past teaches us anything, it is that the I-269 corridor will be characterized by unwalkable, car-centric sameness.

These are the forces driving Memphis’ trajectory and defining our future. There is nothing in I-269 that does anything to improve these trends that are threatening the future of our city. More to the point and despite the denial by our suburban cities, the trends of Memphis will in fact determine the future of the entire region.

If Memphis must live with the problems that are exacerbated by I-269, we must do more than all pledge our commitment to regional planning. More to the point, we must change policies so that the interstate does in fact mitigate its negative impact.

It’s a seminal fact of life about the system. There is always the force that comes from those driven by their financial benefit – developers and highway builders and from those driven by their political benefits. That both groups can be so single-minded in their self-interest to the detriment of the overall health of Memphis is something best left for psychologists to study, but it is odd how often short-term financial and political interests trump long-term sound public policy.

As the always wise Kip Bergstrom said on Smart City: “There’s a very high risk that folks will launch projects that are meant to really preserve the dead ideas. We call that managed decline or managed adaptive decline. It takes on some of the words and phrases of a different way of thinking about stuff, but it’s just aimed at preserving the status quo.”

After all, I-269 exists because of politics. That’s why we think the answer to the damage that it will cause needs to be found in the same place.  That’s why we would have discussed it with Secretary LaHood.

Then, we’d turn our attention to the MPO.

The Memphis Urban Area Metropolitan Planning Organization (MPO) is one of those arcane groups that labor in the shadows of local government, but whose decisions fundamentally shape how our community grows.

That’s because its decisions have the power to fuel sprawl or determine if the urban core can compete with new commercial areas.

The Memphis MPO is Memphis in name only. Most of MPO members are from outside of the city limits, and in this role, they sign off on how tens of millions of dollars in federal transportation money are spent, and they set major road priorities for its work. While the purpose of the federally-mandated MPOs is to serve as the planning vehicle for regional cooperation and coordination, a new study by the Metropolitan Policy Program of The Brookings Institution calls into question the basic fairness of MPOs, especially the one in Memphis.

“Decisions by MPOs have important ramifications for metropolitan growth patterns and, by implication, social and economic opportunity,” the report said. “Yet, the decisions are made by boards whose members are generally not elected to serve on the MPO. Further, MPOs are not required by law to have representational voting. The potential exists, therefore, for MPO decisions to be biased toward certain constituencies or locales at the expense of others.”

In addition, Memphis was cited as one of the most racially unequal. Despite Memphis’ large African-American population, 84 percent of MPO’s members are white. “That MPO boards do not reflect the geographic or racial composition of the metropolitan populations they serve should be a cause for concern, especially given that MPOs were intended by the federal framers to be an essential conduit for implementing reforms and ensuring public accountability,” the report said.

It’s past time for someone at the federal level to reform the MPO structure to ensure consistency and visionary planning.  That’s why we would have been hard-pressed to ask Secretary LaHood to do something with lasting and positive impacts for cities like ours.