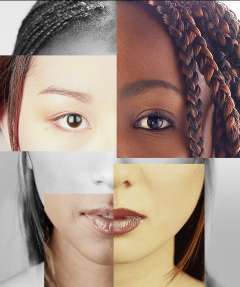 The dog days of summer in Memphis are always hard enough, but this year’s bitter injection of race, rage and resentment has made it nothing short of debilitating.

Only Herman Melville conceived of a force of nature as relentless and obsessive as race in Memphis, our own great whale regularly surfacing to the detriment of community and civility and leaving ripples that wash over everyone,  whether they like it or not.

Perhaps, as race becomes thematic to more and more political debate nationally, it was inevitable that it would ratchet up to a point that is almost deafening here.  Then again, it’s not as if our racial rancor needs much gas since the embers always seem to be smoldering.

The tenor and the tone of this summer’s rhetoric have been a three-alarm blaze that sometimes burns away reality, if not reason, as the racial extremes shout over the majority that cares more about figuring out how to improve our community’s future than continuing to engage in the same old racial rituals that damage our civic resolve to join hands to attack the problems that will show no racial preference if they are not reversed.

If all of the diatribes on both sides – as seen in the old school politics of the Shelby County Democratic Party and the old style racial code words bandied about by suburban Republican leaders – amount to anything, it is the equivalent of a political dysfunction family.  Its under tow is so familiar that it takes under people who should know better.

A few years ago, a poll by The Commercial Appeal concluded that 70% or so of us believe that race relations are improving.  The real mystery is why we keep allowing the other 30% to dominate our conversation, particularly in light of their propensity to drag us into a quagmire of race-baiting and race-hating.  Then again, we’re hard-pressed to think of anything that would be as significant a contribution to improved civility as disconnecting The Commercial Appeal comments, which consistently traffics in bile and bigotry.

There was a time when all of this was merely a sideshow that the rest of us could ridicule and ignore.  It’s getting harder and harder to do so, because the price of this behavior makes our community pay such a price.  This isn’t to suggest that the issues that are cloaked so completely in racial terms don’t demand our attention and serious debate.

There’s no excuse for the aftermath of elections to regularly include legitimate questions about the competency and transparency of the Shelby County Election Commission.  These are questions that are best resolved by the cold facts without the overheated rhetoric, and it’s worth remembering that the snafus have happened whether Republicans or Democrats were in charge.

All of us should be concerned about these problems and demand assurance that our elections are fair and honest.  We just don’t think casting this automatically in racial terms is as effective as it would have been to develop an argument that shows how all of us, regardless of party or philosophy, have a stake in elections that we can have confidence in.

The debate about consolidation is crucial and urgent, and reasoned debate between proponents and opponents serve the public interest.  That said, the racially-tinged rhetoric by Democratic Party leaders and suburban Republicans quickly degenerate into “us versus them” posturing with the suburbs saying they don’t want Memphis out here and the Democratic Party talking more about power over the white power structure than the public good.

These are real issues, as are school funding, tax policy and sustainable growth, but we’ll never get to the toughest questions that we need to work together to solve if we can’t move past the old grudges and fears.  We’re not saying that the past isn’t important and we’re not saying that history isn’t instructive, but right now, at this exact moment, our community needs to be singularly focused on the future.

It is an environmental of victimization that stalls serious problem-solving, and worst of all, it makes racial discord the dominant characteristic in a city that needs to be known for much more than conflict and controversy.

It takes only a few conversations with young professionals here to understand that the constant racial barrage contributes to an average rate of five per day who move away.   Every young professional that remains here, regardless of their race, can tell stories of half dozen friends who have given up on Memphis and moved away.

We were reminded of this last week when a lifelong Memphian, a young Caucasian doctor, and his wife moved away.  They had adopted two African-American babies that were literally left on their doorsteps, but they could not tolerate any more public comments about their family.

Then, there was the Caribbean mother who was thinking of moving to Memphis to be with her daughter, but after visiting, she decided to move somewhere else.  Her comment: never had she been anywhere where she was made so aware of her race.

There was the young Caucasian lawyer who recently married, and despite Memphis being his hometown, he said he could not imagine starting a family and raising children in a city where racial animosity was a daily fact of life.  He moved away.

Then, there was the 30-something African-American businessman who tired of the general “ignorance” shown in the constant racial haranguing and the lip service to minority business from “black government and white business.”  He moved to Nashville.

Eye Off the Ball

Sadly, these stories are repeated weekly, and even the hemorrhaging of the best and brightest does nothing to halt the racial wars.

For them, it’s as if our city’s leaders are trapped in a time warp where only an H.G. Wells plot line could get them into the present where their racial rhetoric is more and more revealed for its fossilized underpinnings, where their obsession with all things racial is seen for its antediluvian concept of our city and where their role models of irrelevancy on race relations is exposed for the burlesque that it is.

Lost in this mélange is the reality that these words and actions are in fact poisoning the civic culture of the city.  It is here that anything – absolutely anything – can get cast in shades of black and white.  It wasn’t too long ago that one of City Council members, in the midst of his regular rants, referred to lessons learned from the slave masters.   Meanwhile, in an aldermen meeting, a mayor extolled the virtues of the town and how important it is to keep “those people” out.

After years of being frozen out of the political system in any meaningful way, it’s no wonder that African-Americans became adept at using the kind of language that gave them the only power they could muster – the power to shut down public debate by injecting charges of racism. As more than one sociologist has pointed out, it was in this victimization that African-Americans enjoyed one of the few times when they could shift the balance of power and control the conversation.

As was shown in last week’s Democratic Party meeting, it’s as if some people would rather hold on to their grievances than acknowledge that they live in a majority African-American city, county and region.

But that’s not saying that white politicians deserve any prizes, particularly the pandering kind that spring up in the suburbs. They seem adept at pushing the exact issue guaranteed to create racial conflict and controversy where basic empathy and understanding seem to be the first victims of discussion.

What’s lost is the chance for our public sector to be a place where we can confront our past honestly and calmly while charting a bolder future in which we all join hands to accomplish.  Instead of being the places where this kind of substantive discussion takes place, our governments fail in their first job – to create the common ground where citizens are encouraged to debate, discuss and engage in the substantive issues facing Memphis. Most of all, they fail to be the models for how this kind of respectful, consensus-building discussion should take place.

Standing outside the Council chambers during a meeting where race boiled to the surface, an African-American woman in her 20’s, said she couldn’t bear to listen.

“It’s the kind of arguing we (people her age) don’t care about,” she said. “The folks in there are always looking for the chance to march and to demonstrate or to talk about the old days and how bad they were treated. But they’re not representing us. They don’t even ask us. We can live anywhere we want, we can have any friends we want, we can live in any city we want and we just want the chance to succeed. We’re not interesting in fighting these old battles. They’re just a waste of time.”

Shortly thereafter, we were in a meeting with some people who work every day to solve some of Memphis’ worst problems. They aren’t elected. They avoid City Council meetings like the plague. They work at the grassroots. They work to engage community organizations in the hard work of community-building.

They unanimously agree that the racial chasm amplified in the news media exists primarily in politics, where ritualized racial posturing defines the culture.  They tell of a different Memphis, one where community and neighborhood organizations all over the city are working on the grittiest issues and doing it with little regard to the fact that there are two races at the table.

The 10 Regions of Tennessee

It’s Not Presidents Day: It Still Belongs to George Washington