Whalum’s Q’s and Our A’s 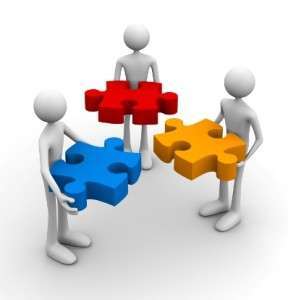 Memphis City Schools Commissioner Kenneth Whalum has been asking the same questions about consolidation for weeks, and since no one seems to have answered him, we’ll see if we can.

We know that he relishes his role as an unrepentant maverick and provocateur (and we need more, not less), and he may not really be interested in the answers as much as asking the questions.  However, for the purposes of this post, we are presuming that he really wants answer to his questions.

It’s often amazing that after 35 years of talking about consolidation here, there seems to be just as many myths as facts.  Chief among them is the belief that all consolidations are alike.  The truth is that there are as many versions of it as there are consolidated governments.

Charter Commission Chair Julie Ellis and her colleagues could have done the simple thing – just take city and county org charts and mash them together and adjourn after a couple of meetings.

But small ideas and simple notions won’t fix the badly broken business models of city and county governments.  That’s why the well-worn comments that there are other ways to fix our governments aren’t grounded in reality.  For 25 years, Memphis and Shelby County Governments have pursued functional consolidations, interlocal agreements, new funding relationships and equitable growth agreements, and it’s nearly impossible to find a trend line or indicator that’s better for our community as a result.

Q – In what instances of city/county consolidation across this nation are public schools not also consolidated?

A – Well, Indianapolis for one.  It has 11 districts.  Denver for another; it has 18 districts.  In Louisville, schools were consolidated four decades before the governments were.  That said, we reject the notion that a majority African-American school district can only improve if it combines with a majority Caucasian school district.

Q – Were public schools on the table the last time Memphis considered consolidation?

A – Yes, but back then, there wasn’t two elected school boards, and Memphis City Schools hadn’t just received a $90 million grant from the Gates Foundation and funding from the Race to the Top.  We think Memphis City Schools is making too much progress and has become ground zero for school reform, and it gains nothing from combining with Shelby County Schools.

Q – Have any steps been taken to bring the boards of our city and county school boards on board the consolidation effort?

A – Probably not since the Charter Commission was told that it did not have the authority to merge the two school districts.  Even if it had the power, we don’t think schools should be part of this unless the districts’ own elected officials say so.  School board members are elected to make decisions about their districts and the new government’s charter gives them the authority on this issue.

Q – What happens to the institutionalized debt now maintained by Memphis and Shelby County once consolidation takes place?

Q – City Councilman Jim Strickland was quoted not long ago as saying that when consolidation occurs “there will be no more Memphis.” In what sense is that true?

A – We presumed when we read that quote that Councilman Strickland was just making the point that there will be no City of Memphis Government just as there will be no Shelby County Government.  Often, we act as if the governments are the same as the geographic entities.  Memphis as a place will continue just as Shelby County as a place will continue.

Q – You say the “two government structures impede cooperation and collaboration.” Are you convinced that merging two dysfunctional governments is the best way to create a single functional one?

A – It’s precisely because they are two dysfunctional governments that a new government is needed.  This isn’t about bolting together two governments, as Mayor Stephen Goldsmith said, but about creating a totally new governmental platform that increases efficiency, eliminates duplications and red tape and creates a single vision for economic development.  Doing nothing is not an option since both are dysfunctional and the chances of correcting this without something dramatic are slim and none.

Q – Has any research been done by this body into what benefits should attach to Memphis as the county seat of Shelby County?

A – No one pays a heavier price for inefficient government than the taxpayers of Memphis.  Every dollar wasted on duplication is a dollar that can’t be spent teaching our children, making our neighborhoods safer, improving our quality of life and fighting poverty.  Memphians will get ethics rules written into the charter and which can’t be changed by the elected officials who are governed by them.  Memphians will get centralized services and people who need social and human services will no longer have to figure out whether to go to City Hall or the County Building to get help.  More formula-based state and federal money will come to our community to be spent on urban problems because Memphis’ population will increase by 50%.   Also, there will be better, centralized neighborhood redevelopment and economic growth. We’re sure there are others, but those come to mind quickly.

Q – How can any self-respecting Memphian, especially an African-American, advocate for dismantling the government structure of the city where the Reverend Dr. Martin Luther King, Jr. was crucified?

A – It seems to us that Dr. King’s entire life was about changing and fighting government, so we’re not sure why we should fight to save one that brought him to Memphis in the first place.  More to the point, Dr. King was about people, not bureaucracies, so we’re not sure why he would be offended if we created an entirely new government that would serve the people of Memphis better.

Q – How can any self-respecting Memphian suggest that majority rule – now
that the majority is Black – no longer apply?

A – Shelby County is majority black and the majority of its voters are black.  The power of this majority is likely to be seen dramatically in the August elections.  If you are referring to the dual referendum requirements of the Tennessee Constitution, we agree with you.  It doesn’t make any sense.  Since Memphians pay taxes to both governments, we think Memphis voters should get two votes to one for people living outside Memphis.  But that’s not Tennessee law, so we need to play the game with the rules given to us.