Self-Hatred Limits Politics of the Possible

It’s hard to think of anything that’s uglier about life in Memphis than the self-loathing that passes for normal daily activity.

It shows up regularly in The Commercial Appeal in comments from readers who default unfathomably on any subject to race and hate about all things Memphis .  It also shows up in the stereotypes that form the foundation for letters to the editor from towns whose very existence owes to the city they so often despise.

It shows up frequently in the code words and proxy issues used by suburban Republicans – particularly when they 200 miles away in the state capital – but which every one is able to translate correctly.  All of the symbols and code words refer to evil African-American city where most of them earn their livelihoods.  We see it in Nashville when Republicans like Sen. Mark Norris can vote against the funding to attack  Memphis’ third world infant mortality problems.  We see it with the Curry Todd mentality of the suburban legislators produces guns in parks and bars legislation.  We see it when state officials wrestle with funding for The Med while our suburban legislators stand around fondling their gun barrels.

All of these issues are stand-ins for anti-black sentiments that drive so much of the politics outside Memphis.  No, they’re all too polite these days to come out and say they  dislikeAfrican-Americans, but every one knows that when they talk about being safe in parks, they’re alluding to the threat from Memphis gang bangers.  When they talk about us carrying guns as we engage in our daily lives, we know that they mean that it’s not safe in this majority black city.  It’s all a game of seeing who can come up with the best code words for blacks and then hammer it over and over to make sure that their white constituents are fearful and see the politicians as protectors from a city that’s just too poor and too black to trust.

In the past eight years, the African-American population in Shelby County outside Memphis has almost doubled, as has the percentage of the black population in DeSoto County.  It’s further evidence of Memphis’ imminent history-making event when it becomes the first American metropolitan area with more than one million people that is African-American.  In other words, if bigots set out to pick the worst place in the U.S. to live, Memphis would be that place.  What’s amazing is that so many of them managed to do it.

Like the driving force for the tea party movement, much of the suburban angst is driven by fear of the “other” and the reality that the tide has turned and the world is being transformed.  Memphis just got there early, but more and more, white men will become the minority in all parts of the U.S.  as the change becomes more real, so will the shrillness of the rhetoric.

Why Are White Men So Angry?

In a meeting last week, we were killing time by looking at the macho videos by candidates from the white candidate for Alabama commissioner of agriculture complaining about thugs and brandishing his rifle, the Ron Ramsey ad in which he stomps his boots and pretends that Tennessee doesn’t need federal money and the fringe candidate for Tennessee governor who’s running to attack the “mental illness” of liberalism.

An African-American colleague in the meeting brought down the house by asking the most pertinent question.  “What are all these white men in the South so angry about?” she said.  “They think they have it bad.  White men in the South.  Unbelievable.”

And yet, it’s hard to laugh about this strain of absurdist politics because it clearly resonates with so many people in our community.  More to the point, it’s a primary reason that state politicians privately joke about sticking it to “black Memphis” and portraying it as a city that is beyond solutions to its problems.  We admit that many of the Democratic politicians that we send to Nashville fall right in the trap and behave in ways that convince the rest of the state that “Memphis is nothing but trouble,” as a Democratic government once said.

A Commercial Appeal poll a couple of years ago concluded that 70% of Shelby Countians thought race relations in Memphis was good.  It begged the question of why it’s the other 30% who seem to get regularly on the ballot, win election and shape our local politics.

But back to poor and black Memphis.  We’ve written often about the 151,000 poor people who live largely out of sight in our midst.  There are places in Memphis where the infant mortality rate is higher than Haiti or Afghanistan, and while suburban Republican politicians wring their hands over women’s reproductive choices, they don’t feel as strongly about funding programs to make sure fetuses are born healthy to mothers who want them (as proven by the funding cut for infant mortality programs).

But such is the life of poor people in Memphis.  They get much more attention as political symbols than they ever get when it comes to solving their problems.

Here’s the thing.  The link between race and poverty in Memphis (and the South) is obvious and overdue for serious attention and action.  And contrary to convention wisdom, for every poor African-American in our community, there are two African-Americans who are not.  They simply go to work, buy their homes, raise their family and hope to live in a city that shows its greatness by its concern for the poor and needy.

Somehow, in all the political posturing and partisan rhetoric, it’s lost on this city by and large that there are 400,000 African-Americans who are not poor and whose ambitions and priorities are squarely in the mainstream.  In fact, if you doubt us, try visiting the cafeteria at FedEx World Headquarters.

It’s impossible to not be struck by two things: 1) that we have a strong black upper middle class and young professionals; and 2) that the coarseness of public life and the ugliness of the political scene keep most of them from plugging in.

The Best Practice We’re Looking For

Memphis is on the cusp of national transformation, and because we are there first, we have a rare opportunity to become the “best practice” that we seem to be perpetually seeking.  Already, for the first time in U.S. history, children of color are a new majority in the South’s public schools.  If we are serious about a competitive future for Memphis, we must also be serious about creating the quality of life, the schools and the public life that engage the diversity that is becoming commonplace in the nation’s workforce.

As long as Memphis is stereotyped as a poor African-American city, we will endure state and federal officials’ lack of urgency in addressing our problems.  After all, one party seems to take African-Americans for granted and the other seems to use them as whipping boys.  In the end, the lack of understanding about the realities of our community results in the worst kind of racism – lower expectations for getting the basics of government right.

It’s the MATA lesson writ large.  Because it seems its customer base as poor and lacking options, it reliably delivers a dismal service, and state and federal officials do nothing to force change.  But it’s no surprise, because after all, Memphis is a poor, black city so we don’t deserve quality programs, quality of life and quality of civic institutions that are crucial for cities today. 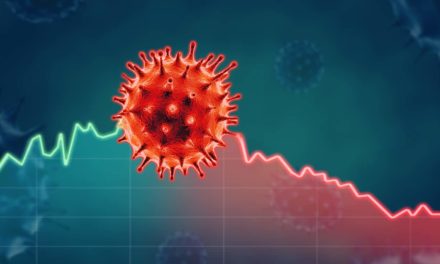 Homebuilding In Memphis And Unincorporated Shelby County Is A Regional Bargain

Parks: An Antidote to Childhood Obesity 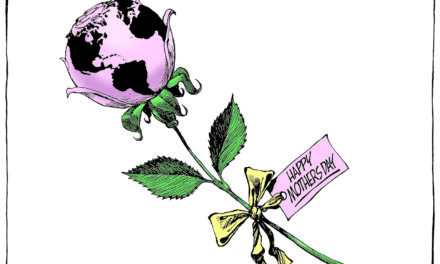