Creating the Coalition for Creativity 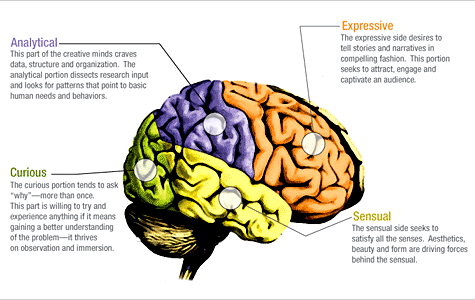 Someone emailed last year to ask what we would do to set a “creativity movement” in motion in Memphis.  The answer came quickly: “Appoint Jeff Nesin the Memphis czar of creativity.”

That’s because we don’t know anyone who understands the importance of creatives and the creative economy more than the gifted president of the Memphis College of Art; however, we also know that Mr. Nesin would immediately demur, suggesting that the movement would be best led by the people it seeks to serve – the creative members of our city themselves.

Since that email, Mr. Nesin has relocated to New York City to have quicker response times for his aging parents.

That being the case, we return to our recommendation for creation of the Memphis Creative Coalition, a bottom-up organization that analyzes the dimensions of Memphis’ creativity in terms of economic impact (that trusty, yet incomplete, justification for the importance of the arts and creativity), the potential for future jobs of the innovation economy and the debt that our city owes to the creative forces that lie at our core.

In other words, the Creative Coalition would look at the past, the present and the future to mobilize people who are too often marginalized and whose importance is diminished in a city whose economic development is too often focused on smokestack chasing and giving away tax freezes.

So, we think that a fledgling Creative Coalition, if formed, should turn its attention to the development of a Creative City report with specific recommendations setting out ways to increase understanding of the importance of the so-called creative class, to identify the essential parts of a creative ecosystem and the investments needed for them, and ways to make Memphis clean, green, safe and tolerant – which are what young creative workers are looking for in cities where they live.

Some broad headings for the Coalition to address:

• To spotlight, attract and retain immigrants

• To strengthen and celebrate Memphis’ heritage, arts and culture

• To celebrate Memphis heroes of creativity

• To value an economy build on connections between creativity and entrepeneurship

It seems to us that convening a group of creative Memphians into a process like this could be one of the most interesting – not to mention the most productive – developments in recent history. And unleashing this group’s talents to develop a provocative way that presents the plan to their fellow citizens should be memorable in spotlighting what Memphis could be.

Today, creatives in Memphis remain largely outsiders, and it’s worth remembering that most of our city’s proudest exports – music and business breakthroughs – have come from outsiders.

The outsiders who gave us our greatest music lived on the edge, and despite the mythology that we have created, they were largely ignored and unappreciated. Then, there were the people who were called crazy by mainstream business leaders and yet one of them mad men invented modern global commerce.

In other words, it’s creativity that should be a theme for economic growth in Memphis, even more than industry-specific objectives. As the ever-wise Kip Bergstrom of the Rhode Island Economic Policy Council has told us, success in the future is about cities that concentrate on competencies rather than merely on industries.

Perhaps, if we are successful, we could even be the first place that figures out how to give its citizens the ability to “co-create” their communities. As Charles Leadbeater, European innovative consultant, has said to us, “The city that develops this new platform for civic collaborative innovation first is the city that invents the recipe for future success.”

Finally, to underscore the imperative for the Memphis Creative Coalition, we quote our own Carol Coletta:

“The point is, though, unless we are intentional about using creativity to affect conditions vital to the success of cities, it won’t necessarily happen on its own. And that’s why I push back on so many of the arguments used to advocate for the arts. Especially in the U.S., we are overrun with inane economic impact studies on behalf of the arts. They measure how much arts patrons spent on babysitting and parking when they go out to the ballet and call that the economic impact of the arts.

“That’s ridiculous. It’s flaccid. It’s fuzzy thinking. OK, it can be politically persuasive, but that only tells you something about politicians. If we are content to stop with these silly justifications, we are missing the real potential for arts and creativity to affect the success of our cities.

The questions that she holds out for us to ask ourselves are:

• How creative am I? Can I re-conceive what is there and imagine new solutions to new problems?

• How courageous am I? Am I willing to stand up and start something and experiment, and does my community encourage that?

• How connected am I? Am I well-grounded in the marketplace? Am I connected to talented people? Can I build a coalition? Can I get resources?

We believe we should focus on the question about whether we can build a coalition. There’s no time like the present.