No Sources Out for Tax Savings 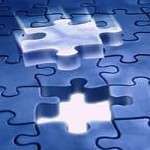 Union rhetoric to the contrary, outsourcing is as American as apple pie.

About 80% of all U.S. cities outsource services, and while politicos were surprised that Memphis Mayor A C Wharton’s entrée into this area targeted trash pick-up in a city where sanitation workers are national icons for civil rights, where their union is one of the city’s strongest and where the announcement came a few days after April 4 observances of Dr. Martin Luther King’s murder, it was nonetheless the right subject at the right time.

The political permutations aside, managed competition – the form apparently preferred by Mayor Wharton – works in other cities, so it’s pretty hard to argue that it can’t work in Memphis.  More to the point, the notion that city government is a jobs program or owes employees their jobs is as outdated as the city’s funding of schools.

Perhaps, it would have been more politically convenient if Mayor Wharton had picked fleet services or janitorial services, but the fact is that it’s time for city government to put taxpayers first and to put everything on the table that can conceivably cut costs and increase productivity.  That’s certainly the lesson from Indianapolis during the era of Mayor Stephen Goldsmith, whose success there inspired Mayor Wharton’s recently announced interest in outsourcing.

Of course, there’s been outsourcing in city government before.  For example, former Mayor Willie W. Herenton outsourced much of information technology to a political supporter, but what makes the Wharton approach different is that city employees will be able to bid against the private sector to provide the service.  After all, no one knows better than city employees how to cut costs and in cities offering this option, they have often come up with innovative and cost-cutting approaches that prove once again that the greatest victims of a culture of mediocrity are the employees trapped in it.

In a study of outsourcing of public services for Nashville-Davidson County Metropolitan Government, the University of Tennessee Center for Business and Economic Research identified six themes:

A political leader or small group of leaders to champion the effort.

A formal structure to guide implementation.

Legislative changes and/or reductions in allocated resources to encourage change.

Strategies to deal with workforce transition.

Cities were placed in four categories: 1) survivalist, 2) market, 3) expansionist and 4) maintenance.  Expansionist cities – those trying to move to a higher plane among competing cities – were least likely to outsource because their economies are generally strong and so are tax receipts.  It’s no surprise that budget crises are a highly effective motivator for change.

Most commonly outsourced functions are paving, landscaping, janitorial services, building maintenance, garbage collection, construction, transportation and management of parks, convention centers and airports.  Because these are not services that are unique to government, there are private sector equivalents that can be leveraged.  The outsourcing of these services usually result in satisfactory or superior services with sometime significant cost savings, the report said.

“In the early years of privatization, some experts regarded the practice as a fad driven largely by political ideology and a desire for smaller government.  That view is no longer accepted and politicians of all ideologies are embracing privatization in a number of instances as a winner of all parties involved,” said the report.

Fiscal pressures and inefficient services drive many outsourcing efforts, but often it’s a desire to improve the quality of governmental services. “The promise of outsourcing is that free market competition encourages the provision of high quality products and services delivered in a cost efficient and effective manner.  In an ideal situation, a government entity replaces a monopoly (the government agency) with an entity that competes in a free market like any other business.  The government often remains as one of the competitors and can compete for contracts alongside private for-profit or non-profit entities.”

As in almost all things that depend on accurate government costs and data, there are mixed results regarding efficiency and only one-third of cities reported cost savings; however, researchers question the rigor and validity of the studies.

That said, Indianapolis was identified in the UT report as “arguably the most successful privatization program among cities,” so Mayor Wharton is wise to be getting advice from Mayor Goldsmith.

“The city outsourced its wastewater treatment functions to achieve cost savings estimated at $65 million, or 42 percent, between 1994 and 1998. In addition, the project improved quality and increased capacity with fewer staff. The city outsourced its airport management as a way to promote economic development. The project reportedly generated $105 million in cost savings or new revenues between 1995 and 2004, representing a 28 percent savings over government provided services.

“In addition, the project increased retail selection and quality for passengers. Indianapolis also outsourced the maintenance of streets and attained cost savings estimated at $700,000, or 30 percent, between 1992 and 1996. Further, the outsourcing led to an increase in crew productivity and in the number of lane miles repaired.  In yet another outsourcing venture, the city outsourced its audio-visual and microfilm services which produced approximately $1.5 million in cost savings between 1992 and 1995, representing a 54 percent savings over government provided services.

“In addition, the project eliminated a substantial backlog of service requests and improved service to citizens. Finally, the city chose to outsource vehicle maintenance which saved an estimated $4.2 million, or 21 percent, between 1995 and 1997. In addition, the project led to fewer labor grievances and a decrease in the cost of workers compensation claims.”

Most governments form a commission to promote privatization and Mayor Wharton has notified Memphis City Council that he intends to form a “BRAC” type committee to look into outsourcing and right-sizing in a way that removes politics from the decisions.

That’s a good place to start on all of these kinds of discussions and decisions, including sanitation services.  But it’s also worth remembering that there’s no smarter politics than saving taxpayers money and giving them better services.