Memphis’ Brand: Standing for Something 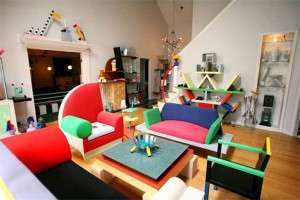 While we’re on the subject of city branding, we want to revisit a speech by Paul O’Connor, former  executive director of World Business Chicago and someone who led the process to shape his city’s brand.

In a speech sponsored by the Memphis Tourism Foundation, he explained what a brand really is, how Memphis could develop one and why cities competing in the global economy need one.

The central theme of Mr. O’Connor’s presentation was that a brand is not the same as a tagline or slogan. In fact, it’s altogether different. It’s about what a city stands for – that one overriding thing that defines its essential character and how it’s different.

Or put in our words for Memphis, it’s about deciding what Memphis’ higher purpose is.

It’s a hard question for cities to answer and ours is no different. But it’s one that needs to be answered nonetheless. It’s also a timely question for us, and as we seek a stronger economic competitiveness, it needs to be a priority.

As Mr. O’Connor described it, the branding process isn’t about a group of advertising gurus getting in room to come up with a pithy slogan or a marketing hook. Instead, it’s about a process that identifies the real values of the city, the widespread perceptions of the city including its strengths and weaknesses, the single most important benefit the city has to offer, and ultimately, what the city can be.

“Stereotypes come face-to-face with perceptions,” he said. “Branding is hard for a product, and for a city, it’s very, very yard. We see our warts and our problems and we think everyone sees them. Locals are too critical of themselves.”

He said this lack of strong self-image was a major problem in Chicago, so cultural anthropologists went to the city’s customers and gave them cameras to photograph their images of Chicago. “What they saw was totally different than what Chicagoans saw,” he said, adding that the images were positive and eye openers for the city.

The cultural anthropologists were followed by interviews, free association exercises, discussions and debates. Through it all, the emphasis was on being honest. “The most dangerous politics are those dealing with identity,” Mr. O’Connor said. “You need the truth to set priorities, to get into your own souls and your own history and what you are carrying for the future.

“But you have to walk in the fire to come out whole on the other side.”

It’s not easy, because for “the Genie of branding to work, you only get one wish – choosing the single most important benefit that you offer – and this one thing is the hardest part.” “But if you don’t get there and settle for mediocrity, it’s not worthy to build your future on,” he said.

“The biggest challenge is getting to what matters and getting to Memphis’ DNA. By connecting the dots between the truth of today and the aspirations for tomorrow, the branding gives you your strategic direction.”

Most of all, the branding process is about the future, and the brand is the “guidance system for the future.” “That’s why the ‘behind the scenes’ branding is hardest stuff,” Mr. O’Connor said. “It’s about reaching consensus on aspirations, so that branding can become the vehicle that moves your city from today’s perception to tomorrow’s reality.”

It’s about “positioning the city in a competitive context and answering the question: ‘How do you find a spot where Memphis fits into the game?’ The key is differentiation, because it needs to be something you can own and defend. In other words, it says: ‘This is what Memphis really is.’ The stronger the difference, the more unique it is, and that’s where your real power lies.”

Too often, cities don’t engage in the kind of research and deliberations that are needed for a strong brand, and as a result, they end up with “nothing but feeble taglines that end up biting them,” Mr. O’Connor said, adding that he prefers to use the city name as the brand and “float” a tagline in the text. “The strongest brand that you have is the name of your city. You don’t want to attach anything with anything unless it makes it stronger. And that’s really hard to do.”

“The #1 mistake is thinking that logos and taglines are the product. The brand is about a shared vision and shared positioning. It becomes Oz behind the curtain. There are different messages for different audiences and different uses, but behind the curtain, they all tie back to the same thing.” In this way, the brand helps to eliminate fragmentation and mixed signals.

More important is the impact that a brand can have on a city’s own people. “There’s only one Memphis, it’s about what you believe,” he said. “You keep telling each other the truth about Memphis and then you share Memphis with the outside world.”

The stakes couldn’t be higher, because in the global economy, every city is competing with every other city for a bigger share of attention, talent and economic growth. This competitive environment is a reality of our times, and how Memphis stakes out its distinctive place will have a major impact on our success.

With young professionals in particular, the branding algebra is compelling: two-thirds of 25-34 year-olds decide where to live and then decide where to work and most make this decision on “postcard” kinds of information – what friends say, what’s on the Internet and on a city’s buzz. In other words, a city brand matters more today than ever before.

And that’s why it’s not simply a communications strategy, a tagline or a visual identity. As Mr. O’Connor said, it’s a strategic process for developing a long-term vision for Memphis that’s relevant and compelling. That’s because the brand is extending a promise – the brand promise, if you will – which is the pledge of what key audiences can expect from Memphis.

It’s in this clear, compelling and unique brand that Memphis has its best chance to explain why it’s a desirable place for business, for visitors and for talent and investment. When done right, the brand improves poor perceptions, creates a common vision for the future, provides a consistent representation of Memphis, enhances our national and global positioning and awareness and sheds negative stereotypes associated with our city.

PS: Photo features the iconic Memphis Modena (Italy)  furniture which we’ve always thought speaks in its way to the spirit of our city.