Change With or Without Consolidation 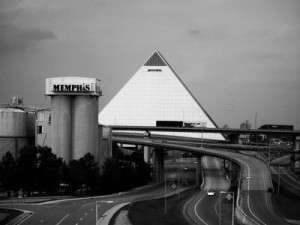 In the not-too-distant future, government in Memphis and Shelby County will look nothing like it does today.

And it will happen with or without consolidation.

It’s a fact lost on so the knee-jerk anti-consolidation folks, particularly when political ambition overrides discussion and analysis.  Already, we’ve got newly appointed Shelby County Commissioner John Pellicciotti chasing election and holding meetings with the public to discuss consolidation, but before he even begins, he says that there’s no benefit.  And there’s Probate Court Clerk Chris Thomas, now seeking election as a county commissioner with his characteristic pandering, but he can’t manage to get tthe facts straight.

It’s all political theater at a time when what our community needs most is a reality check.

Doing nothing is not an option, because the trajectories of Memphis and Shelby County only go south faster.  And the attitude by these elected officials symbolizes the bunker mentality that deludes the smaller town mayors into believing that their futures aren’t inextricably linked to Memphis itself.

If there is one principle generally accepted by urban policy researchers and conclusively proven, it was stated clearly in Memphis recently by Harvard Kennedy School of Government professor and former Indianapolis Mayor Stephen Goldsmith: “In the short run, a short-term urban loss can be a short-term suburban gain, but a long-term loss can’t be a long term suburban gain.”

So goes the city, so goes the suburbs.  Just a couple of weeks ago, the sheriff’s department reported that crime is increasing in the outermost part of Shelby County, and a couple of months ago, Brookings Institution pointed out that poverty is moving into the suburbs.

Voters outside Memphis who reflexively oppose the merger of Memphis and Shelby County governments haven’t grasped the realities of this brave new world.  Today, so little of the conventional wisdom is really wise.

For example, so few people outside Memphis seem to grasp the fact that county government is slowly evaporating.  If they did, they might decide they prefer consolidation to the government behemoth that Memphis will become when it’s fully annexed out.

The fixed order will be transformed, and smaller cities will find that their futures are no longer defined by their relationship with Shelby County but with Memphis. Memphis will overshadow and drive the futures of all the other cities in Shelby County as Shelby County government  morphs from a major force in our community to a government more like rural counties across Tennessee that deliver little more than schools, jails and justice, and public health.

It was a similar dynamic that led to Nashville’s successful consolidation. Faced with the choice of consolidating governments or being annexed by Nashville, voters outside Nashville opted for the merger.  If consolidation passed in Memphis, city government would cease to exist. There would be a new government – a countywide one.

It runs counter to everything the mayors of the municipalities think they know, but at a time in the future, they may look back and realize that they missed their best chance to negotiate what they want most into a new charter for the future.

It’s no secret that we think here that consolidation could be the government platform that allows us to shake up our trajectory, reengineer city and county governments, increase productivity and improve services.  But we need to see the proposed charter of the Metro Charter Commission before we can say if we’ll vote for it or not, but we’re encourage by decisions made by the Commission so far.

But waiting to see what the charter is doesn’t dissuade some people, particularly Mr. Thomas.  He throws out old saws about smaller government (although consolidation will eliminate one whole government) and he raises the specter of school consolidation (although the Charter Commission voted months ago that schools won’t be changed).  We are told that he, like others, say that consolidation is the Trojan Horse that will be used to merge schools later.  It of course ignores the fact that it’s easier to consolidate schools now and that if they worked with the Charter Commission, they could work for safeguards in the new charter to address their concerns.

Meanwhile, Mr. Pellicciotti says he’s not seen any benefits from consolidation. We suspect he hasn’t been looking.

Those are only the ones that come quickly to mind, and all could be within reach if these people spoke to the Charter Commission rather than to their own biases.

Meanwhile, some people say that consolidation won’t produce even modest savings, and yet, our superficial comparison of city and county budgets shows a minimum of 200 duplicative managerial jobs alone, totaling about $20 million.  Meanwhile, Mr. Goldsmith has said that 10-20% reductions in costs are possible, and since he cut $400 million over eight years as mayor of Indianapolis, we take him at his word.  Related to this is the retort that Memphis city government should get more efficient and cut costs before anyone even thinks about consolidation.  Of course, city government goes away with a vote for a new government, so we’re never really sure about the relevancy of the argument, but more to the point, City of Memphis delivers its services at half the cost of Germantown and Collierville.

The anti-consolidationists show a propensity to throw up a raft of misdirection.  They say there is no plan, but that’s what the Charter Commission is writing now, and if there had been a plan earlier, they would of course claimed that it was the product of a secret cabal intent on taking over local government.

They say that the Charter Commission is wrong when it says a new government can cut redtape, and that it can be cut today without consolidation.  It’s hard to figure out this contention since Memphis and Shelby County approvals are required by law for everything from tax freezes to zoning to authority bonding to health codes and more.

As for us, we have heard complaints made by the Greater Memphis Chamber of Commerce for years about how the dual governments’ redtape discourages new businesses and acts as a barrier for new jobs.  As Mayor Wharton explains it, when he was in China and was confronted with a business opportunity, he could negotiate an agreement but he had to add that he couldn’t say yes until he got the o.k. from the county mayor too.

Opponents say that we need to bring new faces into government, but it’s hard to understand how maintain the status quo is supposed to produce it.  In other cities that consolidated, the change has brought in a new generation of leaders, and with smaller districts, more people can afford campaigns.

If there is a symbol of our governmental dysfunction, it’s The Pyramid.  If negotiations with Bass Pro Shops weren’t difficult enough, dual approvals by Memphis and Shelby County Government made it absolutely impossible.  Finally, after losing years, Shelby County deeded The Pyramid to City of Memphis to expedite the process.

This Week On Smart City: Greenways And Smart Ways