Taxes Hit Hardest Those Who Can Least Afford Them

Here’s the conclusion from a state think tank’s report that will be no surprise to anyone here: Memphians’ taxes are high and inequitable.

It’s the unequivocable conclusion from the Tennessee Advisory Commission on Intergovernmental Relations’ report, “Who Pays More: Local Tax Burdens on Tennessee Households by County.” The report analyzed the tax burden of people in the 19 Tennessee counties with populations of more than 65,000 people.

“The highest effective property tax is found in Shelby County, reflecting the impact of an extremely high property tax rate in Memphis,” the report’s executive summary said. “Memphis has the highest combined county and city nominal tax rate in the state…Total local taxes are regressive, since each of the three taxes (property tax, sales tax and wheel tax) is separately regressive. Regressivity refers to lower income persons paying a higher percent of their income for taxes than do higher income persons.”

And that in a nutshell is the huge obstacle facing Memphis. The high cumulative tax rate drives people, especially the middle class, out of Memphis, leaving the regressive tax burden to fall even more heavily on low income Memphians.

TACIR reported that the effective property tax rates were lowest in Sevier County at .35% (benefiting from its strong tourism industry) to the highest in Shelby County at 1.29%. No other county had an effective tax rate of more than .95% and that was Nashville/Davidson County.

A telling fact in the report is that the tax burden for a family of three in Tennessee’s wealthiest county – Williamson County – is only $230 more a year. What makes that remarkable is that median value of housing there is $267,700 compared to $118,200 in Shelby County and median household income there is $94,372 annually compared to $54,924 in Shelby County.

Here’s the tale of the tape on the tax structure in Shelby County:

If there’s any consolation, and this is cold comfort indeed, Shelby County is #3 of Tennessee’s most regressive counties among 95 – behind Williamson County and Nashville/Davidson County.

The average adjusted property tax rate in Tennessee was $2.337. Shelby County’s is $4.09, the highest in Tennessee.

The average wheel tax among the 55 counties who have them was $35.16, with the highest in Crockett County. Shelby County’s wheel tax is $50 for private cars and $20 for motorcycles.

“In terms of tax burdens, no Tennessee counties are progressive,” the TACIR report concluded. “Williamson County’s local tax burden is the most regressive in Tennessee. Gibson and Hancock Counties have the least regressive tax burdens.”

TACIR spotlighted this reality with its reliance on the District of Columbia report – “Tax Rates and Tax Burdens in the District of Columbia – A Nationwide Comparison.” It looks at the District and the largest cities in each of the 50 states. The report, which we have frequently cited here for several years, said that families earning $25,000 were ranked 31st in their tax burden among the 51 cities while families earning $100,000 and $150,000 were ranked 46th.

We Can’t See Up From Here

In analyzing the tax burden of District of Columbia residents, a previous report concluded that the problem there happens because the city “does not have the authority to tax nonresident income earned within its borders. Nonresidents earn about 2/3 of all income in the District of Columbia.” While the district’s dilemma is obviously more dramatic than ours, the same principle applies here, where about 20 percent of the $2.2 billion earned here is by nonresidents, who pay no part of their income to support the infrastructure that creates the jobs they hold. 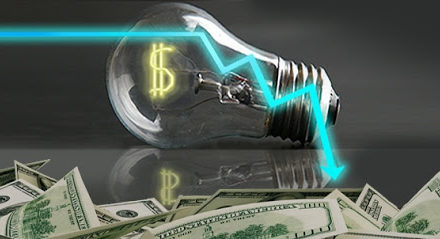 A Bill Of Rights For A Livable City