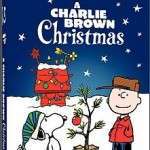 Outside Memphis, all the women are strong, all the men are good looking, and all the children are above average.

So, what in the heck happens to all these superior people when they enter the voting booth?

What makes all of this interesting to us is that it is these suburban voters always have a mote in their own eyes when they criticize Memphis elected officials, particularly in the hostile letters to the editor from residents of county towns.

Where does all this hostility come from if it’s not essentially race-based?

It’s hard for us to say.  Although it’s tempting, we’re reluctant to chalk up all of this to the neverending yin and yang of race in our community.  Perhaps these suburban folks are simply mad that they had to move out of Memphis in pursuit of the good life (so often defined as lower taxes) or maybe they’re frustrated that the good life today is characterized by higher gas prices and lower house values.

Maybe they are just remarkably proud of their suburban towns.  After all, unlike the towns in most metros of the country, our county towns have histories just as lengthy and proud as Memphis.

Regardless of the cause, they are obvious evidence of the growing coarseness of the civic square.  Outside of Memphis, these suburban politicians are avatars of that harsh digital world that’s been ushered in.

The disgraceful display of raw prejudice and un-Christianlike behavior by Mayor Wiseman is but the latest reminder of how shallow the prejudice and hatred lurk below the surface, and sadly, how willing some of these family values, religious right politicians are to play the ugliest cards in the local political deck.

There’s always been a strong anti-intellectual bent to religious fundamentalism in this country, but as the Republican Party became more and more defined by its entanglement with the religious right, it too has mined the depths of intellectual poverty, as Mayor Wiseman did with a passion last week.

In his world, the president of the United States is not only a closet Muslim (and he sneers the term as if an epithet) but that as part of the jihad on Christianity, Barack Obama – consulting the TV Guide on his desk in the Oval Office – hatched the insidious plan to delay Charlie Brown’s Christmas special.

The roots of this idolatry of Peanuts go back farther than most think – to Robert Short’s book in the 1960’s interpreting the cartoons to illuminate Christianity’s themes.  It was rare in those days to find a pulpit that wasn’t preaching the gospel according to Peanuts and the cartoon’s creator Charles Schultz’s name was muttered as if he was the 13th disciple.

Lost in all of this was the fact that Mr. Schultz moved from his fundamentalist religious background to describe himself as a “secular humanist.”  “I do not go to church anymore…I’ve come around to secular humanism, an obligation I  believe all humans have to others and the world we live in,” he said.  As for us, we’ve always seen “It’s the Great Pumpkin, Charlie Brown,” as a commentary on the folly of blind faith and zealotry, but apparently, that doesn’t get on Mayor Wiseman’s favorites list.

But we digress.  More to the point, this kind of demagoguery seems part and parcel to so many prominent suburban elected officials.  And all the while, they and their constituents are easily capable of identifying the cancerous effects of some Memphis politicians on the body politic.

Meanwhile, there legislation championed by Rep. Todd in particular to open up parks and restaurants to guns despite opposition by the people who have to enforce it – the state sheriffs and police chiefs – and in the face of the opposition from the people who know their industry best – the restaurateurs association.

Their resolve to do it anyway is testament to a characteristic that defines politics way too much these days. It’s all about them.  It’s all about winning and losing, no matter what degree of pandering it takes.

So in addition to guns in parks and restaurants, suburban politicians offer up legislation that would prevent Memphis from passing living wage ordinances, that would close public records of people with permits to carry guns, that would dumb down ethics rules and weaken public meetings laws, that would use schools as vehicles for their version of Christianity, that would have rejected stimulus funding, well, you get the picture.

It’s a Rovean strategy in which there is no saturation point for partisanship and the motivation of their own political success, damn the best interests of the community or any responsibility to contribute to meaningful public discussion or to healing our divisions.

In this way, on their best days, they are suburban Joe Browns, and on their worst, they are just embarrassments whose behavior, as Mayor Wiseman reminds us, has similarities that are all too familiar to Peanuts.  They’re both cartoonish.