No Shrinking from the Facts about Memphis “Growth” 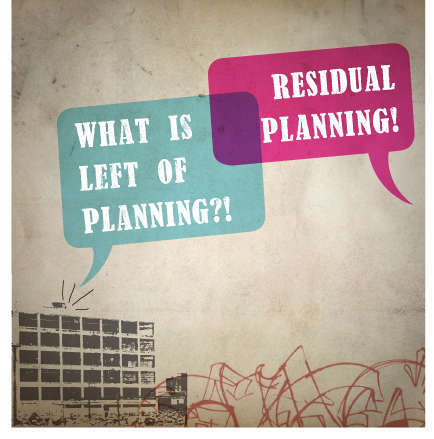 Memphis is a shrinking city.

We’re not talking about the slight decrease in the raw population numbers since 2000. Rather, we’re talking about the practical impact of significant population losses in the traditional city – represented by the 1970 Memphis boundaries. It’s these areas whose neighborhoods need to be healthy and whose success is crucial to the future of Memphis.

Because (thankfully) we’re not like most similarly sized cities that are land locked and surrounded by dozens of small towns, it’s easy at times to think that our relatively stable population indicates a city that is doing well.

We’ve masked the fact that we are in truth a shrinking city by annexations that prop up our population numbers and grant us a false sense of security. As a result, we’ve side-stepped the serious discussion that is needed about whether annexation today is actually a boon to the budgets of Memphis city government and whether stretching already faltering public services over a larger area is the sound public policy for our city.

Genesis Of The Exodus

Here’s what we are talking about: the population within the 1970 city limits of Memphis is now 28% less than it was then. In other words, 124,348 people within the 217.4 square miles 1970 Memphis borders are no longer there.

Contrary to conventional wisdom that chalks it all up to Mayor Herenton, the largest exodus took place between 1970 and 1980 when 57,987 people left our city.

No amount of annexation is cosmetic enough to prevent the inescapable conclusion that in our pursuit of new taxes, we may actually have escalated the decline of the urban center. Operating on the theory that annexation areas are the sources of much-needed new property taxes, city government has taken a decidedly optimistic viewpoint of the overall net fiscal effect.

Perhaps, it’s not enough to calculate the costs of the new services to the new area. More to the point, the analysis needs to evaluate carefully and thoroughly what the impact is on services and neighborhoods in the former city limits.

We Need To Be Denser

Maybe, just maybe, the optimal size for highly efficient public services and the best quality of life is smaller, and if it is, we need to decide that now before Memphis expands to almost 500 square miles under the existing annexation reserve agreements with the other Shelby County towns.

When “annexed out,” Memphis will be the size of Los Angeles.

Perhaps, a comprehensive return on investment analysis will show that annexation is the best course of action for city government, but we need to be sure. We need to see the evidence.

And, the evidence must be more than an accounting exercise. More to the point, it must reach conclusions about what the older parts of our city are likely to look like as a result of more annexation, including the needs of these area and the ability of the city to respond to them. Most of all, the analysis should consider investments that would improve Memphis’ ability to compete for 25-34 year-old college-educated workers and middle class families back into Memphis.

Before we begin, we need to set aside the obsession by cities in growing population. Growth at the expense of quality of life means nothing. Growth at the fringe that consumes funds that should be invested in the “old” city is not really growth in its broadest sense.

Getting The Conversation Right

That’s why we believe that Memphis needs to get involved in the shrinking cities discussions under way by several cities. It’s a field of study just now getting attention, but it will become more and more important in coming years. After all, for every two cities that are growing, three are shrinking.

We may not like the company we will be keeping – Detroit, Dayton, Cleveland and Youngstown, to name but four – but we need to consider that success may not be in celebrating 40 units of housing in a badly deteriorated section of Memphis but in considering how we move people around so our city operates more economically and efficiently.

Cities like Cleveland seem to be failing fast; 115,000 people have left that city in this decade alone, and cities like St. Louis have half the population it had 50 years ago. So, while we need to look at Memphis in new ways, the dimensions of the problems here have not reached the levels of these Rust Belt cities, and that’s why we need to start this conversation now.

We admit that the prospects of a downsized city may be bruising to our civic ego, but it is nonetheless essential. Just as the slow food movement started in Europe, so did the slow city movement. Its singular message is that a smaller city does not necessarily mean that it is a failing city. Most are victims of forces beyond their control.

In this way, the shrinking city movement is about holding two opposing ideas at the same time – hope and despair. It is in embracing contradictory forces that success may be found, and if any city is to do it well, there’s little reason that it shouldn’t be Memphis, because we’ve built a history on our conflicting character – Beale Street in the Bible Belt, flourishing African-American culture in the segregated South, outsiders changing world culture in the midst of hide-bound conservatism.

And yet, the driving force in our history is passion, and that’s why the shrinking city discussion isn’t about despair. It’s not about an academic exercise. It’s about passion, and a belief that we can reimagine a future for Memphis that captures national attention but captures the attention of the toughest audience of all – Memphians.