Connecting the Dots and Disconnecting I-269 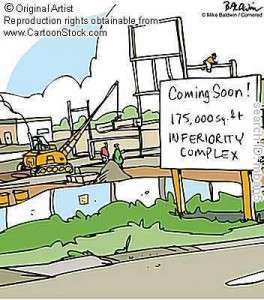 Perhaps what local government needs most is a Department of Connecting the Dots.

While one public agency talks about creating a workforce that can compete in the knowledge economy, another gives tax freezes to companies that perpetuate low-wage, low-skill jobs.

While one government launches a “sustainability agenda,” no government seems able to rein in sprawl-inducing projects that make Memphis the most economically segregated of the top 50 metros.

While one department talks about keeping and attracting twenty-first century workers, another operates a public transit system that’s barely in the late-twentieth century.

While one division of city government works to revitalize urban neighborhoods, the projects of another make them more disconnected and less walkable and bikable.

The Symbol Of Unconnected Dots

If there’s a poster child for this disconnect, it is I-269. It’s essentially the latest gift to developers, but for Memphis, it’s the gift that keeps on giving, fueling trends that already batter the city’s ability to compete.

The Brookings Institution recently released a report that showed that jobs created within three miles of downtown are decreasing while those more than 10 miles from downtown are climbing. It underscored an earlier study by the think tank that showed that Memphis is a national leader in the loss of middle-income families and neighborhoods.

Meanwhile, the economic segregation caused by sprawl results in concentrated poverty that is the seedbed for our city’s most serious problems and derails our best efforts to address them. Projects like Tennessee Highway 385 and I-269 promise only to make them worse, because every problem becomes harder to deal with in cities that are economically segregated.

In other words, at the precise time when every city, county, and state agency should be focused on encouraging infill redevelopment that revives and stabilizes Memphis neighborhoods, our transportation investments hollow them out, and leaders appear unable to turn the tide and abandon the idea that sprawl is “growth.”

To their credit, both city and county governments opposed and lobbied hard to prevent I-269 from ever happening; however, in a high stakes game of political gamesmanship, Mississippi held all the cards, and former U.S. Senate Majority Leader Trent Lott owned the deck.

Lott was supported by former U.S. Representative from Texas and House Whip Tom (Hammer) Delay, who had earlier suggested that the I-69 Coalition hire someone who would be uniquely skilled in presenting its case in the nation’s capital. That person just happened to be his brother, who was paid about $300,000 a year. To DeLay’s hammer, Lott played the nail.

Memphis Mayor Willie W. Herenton and Shelby County Mayor Jim Rout were relieved when they thought their fierce opposition and relentless lobbying of the Tennessee Congressional delegation had blocked the interstate add-on that jerks eastward at Millington and runs along the far eastern border of Shelby County (dipping into Fayette County to open up those green fields to residential development and a rail yard) before swinging downward across unspoiled North Mississippi landscape. (I-69 itself reflected the premise that the shortest distance between two points is a straight line.)

Faced with defeat, Lott added wording to a federal bill that essentially took the decision out of Tennessee’s hands while stepping up construction of the interstate through his home state. In the end, it was like many road and highway projects in the region, born from a tradition of political patronage between government and developers that is embedded in our local DNA.

The project cost is now moving toward $1 billion, and backers now justify it with terms like smart growth, knowledge economy jobs, New Urbanism, and open space protection. They also claim that Memphis will benefit from new economic growth and development as a result of I-269.

At the same time, the cause and effect — connecting the dots — between sprawl, the climbing Memphis tax rate, and an economically polarized city are overwhelmed by the megaphones (political, civic, and media) enjoyed by those who drive such projects.

This was previously published as the City Journal column in the May, 2009, issue of Memphis magazine.