Herenton’s Latest Is No Laughing Matter 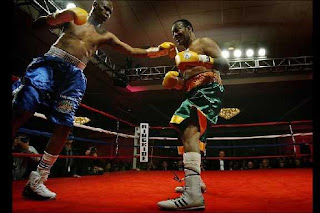 There are no ways left to describe his behavior except clinical ones – early onset dementia, early stage Alzheimer’s, self-destructive narcissism, obsessive-compulsive behavior or behavior disorder.

Maybe he’s just an addict – a prisoner of the spotlight with a need to always be the center of attention, or maybe he’s like genital herpes. You always know he’s going to show up again; you just don’t know when.

Whatever it is, he’s become the political equivalent of the three-car pile-up on the interstate. We’d rather look away but it’s just so hard to ignore it.

When he strolled into the Shelby County Election Commission this morning and picked up a qualifying petition to run for city mayor, it didn’t create shock waves. We all just need to look away and drive on.

In throwing his hat back into the ring for a possible run for his old seat, he essentially labeled Mayor Pro Tem Myron Lowery as a menace. It’s hard to imagine a bigger boost that could be given to Mr. Lowery’s campaign.

In our last post, we talked about projection, and it was on display in full force in former Mayor Herenton’s statement charging Mayor Pro Tem Lowery with a “reckless style of leadership.” This from a man whose resignation resulted in a $1 million special election to fill his seat, who put former body guards in appointed offices, who said a mayor can’t do anything about crime, who invited people to leave the city, who berated City Council members at his whim, who inspired a culture of disengagement in City Hall and whose presence had become the most divisive force in our city.

For those of us who remember him from the days when he won his historic election way back and was poised to one of Memphis’ great mayors, the overriding feeling is simply one of immense sadness. How did that person come to this? How did he lose all self-perception and self-worth? Where did the inspirational man go who once inspired superintendent job offers from New York and Atlanta?

It’s a Memphis tragedy. There’s the argument about whether great men make history or history makes great men, but in this case, history apparently just overtook him and he ended up being the stereotype of the self-indulgent politician who treats his city as if it’s his to do with as he wishes, no matter how much damage he does along the way.

Just think about it. His sense of entitlement is so extreme that it leads him to feel that he can inflict a $1 million bill on the rest of us for the special election, because he now wants to be his own successor. The disregard and self-indulgence evident in his decision to pull a qualifying petition are troubling enough for those who once cared about him, but they are unforgivable to the public who now have to pay for his latest act of caprice.

The Herenton script has become such a self-parody that it makes a Sasha Baron Cohen movie look like a documentary.

As usual, his latest erratic action sent theorists contemplating justifications for his topsy-turvy political strategy. The Herenton insiders – the faithful few – didn’t know that he had requested the qualifying petition until the news media called them for comment. Most responded in the same way that the rest of Memphis did – they just shook their head.

Some said the controversy surrounding City Attorney Elbert Jefferson had been engineered by Mr. Herenton to weaken Mayor Pro Tem Lowery, who has never been mistaken about the former mayor’s disdain for him.

Some said that he resigned only to make sure his pension was locked down, so that in the event of a federal grand jury indictment, his retirement check was protected. With that done, he’s now looking to return to his old job.

Others conjecture that he got back into the race to undermine the candidacy of Memphis lawyer and Herenton confidante Charles Carpenter. The former city mayor has told some friends that he considered some of Mr. Carpenter’s campaign statements disloyal.

Regardless, this time, he may have gone one bridge too far. When Shelby County Mayor A C Wharton toyed with the idea of opposing Mayor Herenton in the last city mayor’s election, polls clearly showed that he would win. But the spectacle of the area’s two dominant African-Americans battling it out in a divisive race is said to have been instrumental in Mayor Wharton deciding against a race. Clearly, Mr. Herenton has no such qualms.

He said that he’s jumped into the race out of his fear that Mayor Pro Tem Lowery is on the verge of becoming the new city mayor. We’re not sure how he thinks his entry into the race will block a Lowery Administration. They have two entirely different political bases, so there’s little he can do to fatally damage Mr. Lowery.

As Mayor Pro Tem Lowery himself acknowledged in his comments, it’s Mayor Wharton who’s the frontrunner, and despite Mr. Herenton’s political prognostications, it’s not an “anybody can win” race. Of course, it was only a few weeks ago that Mayor Wharton also was the target of Herenton criticisms (shortly after calling Congressman Cohen an asshole).

Today, he said he’s planning to run for mayor because of “the current dilemma.” We’re not sure what he’s talking about unless it was the blessed sense of relief and the stirrings of a new sense of optimism following his resignation.

At any rate, the reemergence of the Herenton political specter was, if nothing else, deflating in an environment where for the first time in eight years, we had a sense of possibility for the future.

We need to hold that thought. Mr. Herenton will not win the special election, and he will limp into the race against Congressman Steve Cohen, where he will be vulnerable and easy pickings. In politics, the perception of power is always greater than the reality of power. If he enters this election, his air of invincibility will be blown to shreds.

That’s why we predict that today was just a day to tweak the noses of all the people who were pleased by his absence from the local scene, and that in the end, he will not run for his old job. He may be many things, but he is not dumb, and he knows that a run for city mayor is not only sybaritic but he will be a laughing stock.

More to the point, his election would be a blow to our city’s future. That’s because that all of the devastating trends that threaten Memphis’ future actually accelerated this decade under the Herenton leadership – three middle income families a day move out of our city, three 25-34 year-olds a day move out of our community, economic segregation is deepening, college attainment is down, to name a few.

We have to do something dramatic to change our trajectory and the chance for new leadership, consensus-building leadership, healing leadership is too important to squander. That’s the ultimate irony of the Herenton sideshow. Today, as he often does, he talked about how he “loves” our city, and we take him at his word. However, his action today was anything but an act of love.