Jeffrey Higgs Reminds Us Why We Care About Soulsville 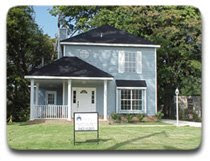 We wrote today about someone we really admire, Charlie Santo, and someone who has an equal amount of our respect, Jeffrey Higgs, executive director of Lemoyne-Owen Community Development Corporation (CDC) replied with conviction, so we’re posting it here.

Finally, we can’t think of a neighborhood that is more poised for this kind of revitalization. No neighborhood has more pride and more history than Soulsville, and for that matter, no neighborhood deserves our support more for the exciting progress being made there.

It appears to me that whenever this community (Memphis) decides to do something that attracts positive attention, there are those that say “…we cannot or exhibits the (NIMBY)- Not In My Backyard – syndrome…”

The idea of creating an artistic community in SoulsvilleUSA is a great idea, not only for what it brings to this City but what it tries to capture …the essence of the music industry TODAY. Which is a vital part of the history of Memphis, and it is not just EP or BB, it is the creative class of minds young and old that says yes we can, have a vibrant and lively music scene and residential community as well that celebrates music and the economics associated with it.

When we talk about crime and SOULSVILLEUSA proper, we are speaking about some of the lowest crime statistics in the county. While I know that image and perception counts for a lot, the reality is quite often much different than the perception and for SOULVILLEUSA, we are changing perceptions daily.

It takes a sense of ownership to instill pride. Now I am not naive enough to think that crime does not exist here, but it exist in Midtown, Germantown and Downtown and these are communities of choice. Residents in SOULSVILLEUSA are not opposed to reporting crime and the elements that drive it. Quite frankly, we have four neighborhood associations that are very active and contribute to the success of this neighborhood daily by reporting – vacant lots, vacant unboarded homes, spotting the criminal element and making the calls to the authorities as good neighbors should. All this to ensure that change in its self-image is one positive step to being a better neighbor and neighborhood. One cannot stand on the outside and get involved in this notion of perception, but one must immerse themselves in the fabric of the neighborhood to see the good and the changes that have occurred.

SOULSVILLEUSA and its residents are working to become a place that welcomes everyone, everyone that is trying to make this neighborhood a better place to live, work and play.

I can assure you that the people of this neighborhood are hard working and honest people that want the same things that others may want for their own neighborhoods – positive economics, green spaces and a environment that is lively and inviting to all.

I suggest: what better place to have Musicians live, work and play than SOULSVILLEUSA, a neighborhood with it rich musical history, creative young musicians attending the Academy now, and the future of Memphis Music all rolled into one thriving neighborhood (SOUSLVILLEUSA) and community Memphis.

Bring on the Musicians.