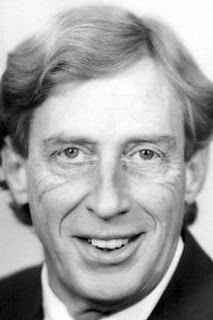 Somehow, it seemed appropriate that the sadness that enveloped us when the historic First Methodist Church burned down returned and intensified when another downtown landmark, architect Jack Tucker, left us April 5.

No one in downtown Memphis was more saddened than Jack by the loss of the church on the site of Memphis’ first meeting house. Now, all of us who care about downtown are grieving Jack’s loss and extend our sympathies to his wife, Cyndy Grivich Tucker.

He was 70 years old when he died, and he was just as passionate about the art and disciple of his profession in those last weeks as he was when he left University of Arkansas with his degree in 1963.

He was the friend across the hall for Carol Coletta for 33 years, and became neighbors for all of us who have worked here. Back when he designed the conversion of this old cotton building – one of the oldest buildings in downtown Memphis – into three floors of condos called the Timpani Building, he inspired the imagination that would lead to downtown’s emphasis on transforming neglected historic buildings into unique symbols of our city’s special character.

When Jack, Carol and others moved into the converted cotton warehouse in 1976, they were considered oddities. After all, the number of people living downtown was measured by the handful. Because of Jack’s work and his example, thousands were to follow, and along the way, his ability to see the possibilities of neglected historic buildings became an adaptive reuse philosophy that became part of the downtown DNA.

In that way, it was as if Jack never left the Peace Corps.

As a University of Arkansas student, he took the Peace Corps test – although his date from the previous evening who’d suggested taking it didn’t show up – and he went to Tunisia in the earliest years of the Peace Corps, and there, his commitment to protecting and preserving history through our architecture was deepened. When he left after his years of service, he moved to Memphis, where he continued the teaching, the passion and the advocacy that were at the core of his work in North Africa.

The thread through all that he did was preservation, whether it was the built environment, the natural environment or the civic environment. Almost all of us who knew him first met him at a meeting that was dealing with downtown redevelopment or historic preservation. He was the expert. He was the institutional knowledge. He was an unceasing advocate.

In a city where there’s a tendency to “go along to get along,” Jack was different. He would not sacrifice his personal beliefs or compromise his professional opinions, and there’s little argument that he gave up work because of his refusal to put a price tag on his preservation credentials at a time when developers were gladly willing to pay him for his name so they could claim sensitivity for their re-design of old buildings.

There’s the story of a local government agency that was prepared to hire Jack, but decided against it, saying: “He just won’t do what we tell him.” It showed how little the bureaucrats understood him. He was willing to listen and design based on the client’s opinions, but he wasn’t willing to do anything that violated his principles.

That’s why when Jack talked, everyone listened. It was a common sight to see him standing in the neighborhood around Union and Front or sitting in Front Street Deli, talking to someone seeking him out for some historical perspective, for advice or just to hear what he was thinking.

Over the last year, it was clear that his fight against cancer would be his last, but despite the obvious ravaging that his body was taking, he never complained or even hinted that the disease was taking a toll on him. Even as we saw him walking to his house more and more often and earlier and earlier to rest and recharge, when asked how he was “really” doing, he’d just say that he was doing well and that everything was going to turn out fine.

We may no longer see Jack on the street, but we’ll see him all around us. We’ll see him in the Scimitar Building, Lenox School, The Candy Factory, Memphis Convention and Visitors Bureau, Pontotoc Building, Child Advocacy Center, and more. We’ll see him every day when we enter The Timpani Building. In fact, we’ll see Jack at his memorial service Saturday afternoon in the Lord’s Chapel at Elmwood Cemetery. That special place was also designed by him.

What We Call Him

The testimonials have flowed in from the great and the small since Jack’s death – from his peers and his beneficiaries. He’s been called many things, including the man most responsible for the revitalization of downtown, but for us, we’ll always call him friend.

That’s why we are particularly grateful to Memphis City Councilman Bill Morrison, who’s the source for an awful lot of good thinking in our city and who is asking his colleagues to name the cobble-stoned alley that runs behind the buildings, including the Timpani Building and CVB, fronting Union from Wagner Place to Front Street to be named for Jack.