Everything else is pretty much a distraction.

Memphis needs a new framework for economic growth, and we begin by casting off traditional economic development thinking, the thinking that seems rooted in the belief that our city’s future is largely a projection of the present built on a low-skill, low-wage workforce in the age of a knowledge-based economy. In other words, we need to resist the temptation to fight for jobs rooted in existing economic shortcomings and workforce, because Memphis’ long-standing precepts about economic development are often our biggest obstacles to success.

Cities are sometimes like members of a dysfunctional family. Even when they realize things are bad, it’s hard to change, because it all feels so familiar. That’s always been a problem in Memphis, because although it’s becomes clear at times that we are ill-prepared to compete in the new creative economy, we just can’t make a clean break from the past. As a result, Memphis has been slow to adapt and compete in a global economy transformed by the dual mega drivers – technology and globalization – and fueled by the creativity of smart, talented workers.

Now’s the time for new thinking.

Memphis is not only losing ground in today’s economy, but key indicators for the future economy are pointing in the wrong direction. In the Milken Institute rankings, Memphis is now ranked 144th (Nashville is #61, Knoxville #79, and Chattanooga #111).

Worst of all, many cities have already embarked on a journey based on the new realities of the new economy, and they are already executing “creative city” strategies, the kind that converges art, technology and commerce to create a cauldron of innovativeness that spills over into all that it does.

Creative cities have a strong sense of place, and its people have a shared narrative. It’s the kind of place that develops, attracts and retains the most coveted workers in the new economy – young, highly-educated professionals. The connection between a high percentage of adults with college degrees and success of cities in the knowledge economy couldn’t be clearer, and that’s why we need to get serious about tracking the in-migration and out-migration of these workers, and building policies to create the vibrant city that attracts and keeps these creative workers.

Meanwhile, it’s no surprise that the new platform for economic competitiveness is the region. What is surprising is how little progress Memphis has made in this regard. After all, Memphis has spent more than a decade talking the talk of regionalism, but little has been done to walk the walk. Today, state economies are all but irrelevant, because they are political entities. Regions are now the economic units of competition, and megapolitans will be the unit in the future.

In other words, the need for a new agenda right now couldn’t be more compelling. And it’s an agenda that has to focus on knowledge-based jobs in an entrepreneurial economy that depend on creative talent. If we haven’t quite figured out yet that we can’t compete with China and India for low-skill jobs (98.73% of workers in transportation, material moving and distribution are below the mean U.S. household income), we surely aren’t prepared for a future when these same countries will compete with U.S. regions for high-skill industries.

That’s why we’re paying the price right now for state government’s cuts in funding for higher education. At the precise time when higher education, and more to the point, higher education research, is a key competitive necessity for creative cities, our universities have been forced to cut enrollments, hike tuitions and reduce courses.

Memphis will never reach its potential as an entrepreneurial city as long as the University of Memphis is mired down by the anti-entrepreneurial educational bureaucracy of the state. In this regard, it’s past time for every one in Memphis to tell Governor Bredesen that we’re disappointed in the inadequate way that he’s dealt with his pledge to reinvent our state’s higher educational structure.

Meanwhile, Memphis needs to expand its focus beyond its big project mentality to improve the fundamental grassroots infrastructure that is generally ignored, such as neighborhood parks, schools as center for neighborhoods, culture (with a small c), and mixed-use, walkable neighborhoods.

Place-making has never been more important. And yet, as important as the tangible quality of life are intangibles like tolerance (a distinct problem for Memphis) and being perceived as welcoming to all religions, ethnic groups and people of all sexual orientations. Because attracting immigrants is more and more a factor in a city’s success, these are more than just admirable characteristics. They are in very real ways economic benefits for cities, and in a world characterized by nothing so much as its diversity, Memphis should trumpet its diversity as an asset for our future, rather than refusing to face honestly its future as the nation’s first majority African-American metro.

But as successful cities have shown, there is absolutely nothing more important to economic growth as engaged leadership. That’s because transforming Memphis’ attitude toward economic development demands that every one gets off the sidelines and into the game – politicians, business leaders and nonprofit leaders.

And in keeping with the regional realities of the global economy, the new leadership must be developed on a regional basis, particularly if we are to have the clout to get concessions and funds needed from state governments in Tennessee and Mississippi on regional issues like transportation infrastructure and air and water quality.

Racing To The Finish

The lesson of the Governors’ Alliance on Regional Excellence – announced with great fanfare almost a decade ago and whose report cost almost half a million dollars – is that if there is no strong regional ownership of a regional agenda by strong regional leaders, its recommendations are destined to become an impressive tome on shelves with little impact to change things.

Finally, failed tax policies and tax freezes are overdue for reform. They are nothing but vestiges of old economy thinking that we need to reject once and for all. There is little evidence that tax cutting and tax freezes work as an economic growth strategy. If they did, we wouldn’t find that states that have higher taxes also have above average per capita income and more knowledge-based companies.

The race for economic growth in the future will be the hardest competition Memphis has ever been in. But we begin by abandoning the old and embracing the new. It’s a race to the finish, and cities that compete by the same old rules have already lost.

Memphis 3 Years Too Late to Give Kids Fair Start 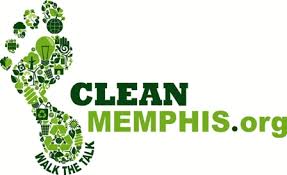