Memphis Is MIA In AeA Study Of Cybercities

The truth is that we can’t afford to get any poorer, or we will be permanently relegated to the bottom rungs of major U.S. metros.

After all, the harsh reality is that it’s not the new superintendent who is third-tier. It’s our city that is now lodged in that unenviable position. The harsher truth is that in many cities, it is City Hall leadership that is the fulcrum for the dramatic change that turns the city around, and that seems highly unlikely here.

As we have pointed out before, our city finds itself too often at the bottom of the key indicators for future economic growth. (Actually, in light of some major indicators, it may even be more accurate to say fourth tier but we just can’t bring ourselves to say that). Too much of our economy is anchored in low-wage, low-skill jobs, and we have been remiss in attacking the roots of this problem and in creating the kind of workforce that attracts the jobs and industries that we need to strengthen our foothold in the new economy.

In truth, it may be too optimistic to consider it a foothold.

Recently, we were anxious to read a study of the nation’s top 60 cybercities by AeA and Nasdaq. We were interested in how we stacked up and in assessing what we needed to work on.

While civic leaders in Milwaukee were wringing their collective hands over their ranking of 34th, we were getting yet another warning shot that our economic strategies need to be recalibrated – and fast – if we are to even hit the radar with the kinds of workers that we need.

The report showed that 51 of the 60 cities added high-tech jobs in 2006, with Seattle leading the nation. It added 7,800 net jobs, and here’s the really provocative factoid – the average high-tech employee there earns $129,300 a year, by far the highest in the nation. By comparison, Austin workers averaged $100,536. The average pay for high-tech workers in the U.S. was $77,067.

Getting The Right Focus

The news release said it well: “These are the types of jobs every city wants. But how to attract and retain them is the key question all mayors, city council officials, and local business leaders grapple with. All of these cybercities compete not only with each other for such critical factors of innovation as talent and capital – they compete with technology centers across the globe. City leaders need to ensure the quality of local K-12 education, particularly in math and science, to prepare children for these high-paying careers. They need to support vibrant research universities from which so many start-up companies are formed. They need to invest in modern infrastructure, including reliable broadband networks that are as critical to economic development today as the electrical grid was a hundred years ago. And lastly, cities must create a business-friendly environment that attracts venture capital and cutting edge companies.”

AeA is a trade association, so it can be forgiven this top-down approach, but based on our work helping cities attract 25-34 year-old college-educated workers, cities also need to be magnets for the talent that the companies chase. There’s no argument that jobs follow people, and it’s equally clear that these talented workers are congregating in cities where they can find more people like them. They say they are looking to live and work in cities that are clean, green, safe and where they can live the life they want to live.

Memphis has some major ground to catch up in all of those categories, and if we want to attract these young, talented workers, it’s not about expensive marketing or extensive branding. First, it’s about getting the basics right, and second, it’s about getting the buzz right in the key demographic we’re seeking. Top-down communications will have little traction, because this generation is the most skeptical in history. They’ve heard it all before, and they don’t believe most of it. They do, however, believe what their peers tell them about cities, and more times than not, they decide where to move based on this kind of postcard information.

And, they do want to live in cities where they have other options if they are laid off or decide to change jobs. That said, they are the most mobile in history, and there’s the general attitude – unlike previous generations – that they aren’t taking a job that’s going to last a lifetime anyway. If it doesn’t work out or if they don’t like the city where they moved, there’s always plenty more.

The challenge for Memphis is to get on the list of cities that they are willing to give a try.

Right now, we’re not, and if that doesn’t change, our relative position on the bottom rungs of key economic indicators will only worsen

All of this struck home again this week as we were reminded of how far we have to go as we watched Austin Lord, the talented young son of a good friend, get ready to leave Memphis in search of employment. (He’s not lost his sense of humor, however. He tells us that he’s willing to apply for one of those ghostly jobs mentioned on The Pyramid’s still functioning website highlighted in yesterday’s post) We enjoy his website, particularly the his daily Toasteds (find at the banner of the website). He seems to be exactly the kind of person we need to be attracting and retaining, but he leaves in search of thicker job markets.

We’ve said before that the real test for Memphis’ progress is when we will invest the futures of our children in it. It begins by our city getting the basics right, but in addition, it begins by getting our economic growth priorities right in a knowledge economy that will take no pity on cities that procrastinate. 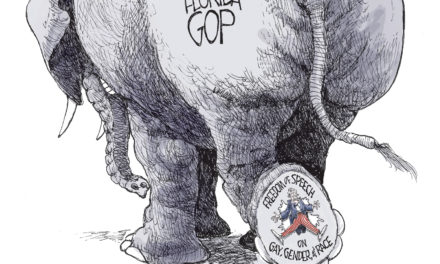 This Week On Smart City: Achievement in Education

Maybe Term Limits Should Be Aimed At Public Boards and Commission