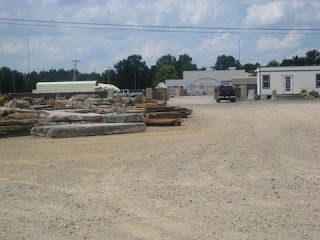 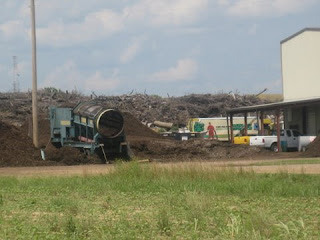 We’re not sure of everything Agricenter International is trying to harvest on its prime 1,000 acres of public land, but much of it looks to us like just a bushel-full of embarrassment.

Put simply, it just gets clearer and clearer that the presence of this failed experiment just makes no sense on land that should have a more direct public purpose and public benefit.

While on its best days, we are hard-pressed to imagine that this was ever the best use for about 25% of Shelby Farms’ land, it seems incontrovertible now that it has become the dumping ground for ideas that seem to have only tangential bearing on agriculture and absolutely no relationship with the overall aesthetics of this precious natural resource.

Slap In The Face

While we try most of the time to remain in denial about Agricenter International, the obvious slapped us in the face once again as we drove through the road that meanders through its land on the south side of Walnut Grove Road.

If there is any single characteristic about these 1,000 acres, it is that they are dotted with eyesore after eyesore – a sloppy pay-to-fish lake, tin buildings, mulching operations that belong in an industrial area, stone operations, bleak parking areas, a stark RV park, and a hodgepodge of things that just seem to have no common thread pulling them together into a cohesive whole, much less into a pleasant, appealing use of this irreplaceable land.

While most of us gasped at the thought of shearing off the frontage on Germantown Road of Shelby Farms Park for commercial use, the irony isn’t lost on us that any proposed commercial use couldn’t be more of an affront to this unique green space than the operations of Agricenter itself.

It’s especially disconcerting to consider that Agricenter International officials would actually think this is the highest and best use of this land at a time when a master plan for the entire 4,500 acre footprint of Shelby Farms is being developed. Based on Agricenter’s history of thumbing its nose at any suggestions for being a cooperative partner in the park, much less the reasonable ideas for reducing the amount of land that it controls, it’s a cinch that it intends for the current uses to remain no matter what the master plan says.

In fact, if you are a gambler and are looking for a sure thing, put all your money down to bet that Agricenter smiles, acts like it’s willing to help create an exciting new park at Shelby Farms and then does whatever it damn well pleases. In other words, there is the definite prospect that whatever the master plan produces for Shelby Farms Park, there will be always be a mess on Agricenter’s 1,000 acres as a result of the incompatible uses that it allows to mar the Shelby Farms Park landscape.

Yes, we know that Agricenter International agreed to have its land included in the master planning process, but that commitment didn’t even go so far as to put up any funding for it. It’s awfully hard to conclude anything but that Agricenter is just playing the game while maintaining no intention to do anything differently, particularly the much-needed and imminently logical concept to put operations of the entire 4,500 acres under one umbrella organization.

Realm Of The Public

While the master plan that was chosen seems to be the most carefully modulated option, there was never any way that Agricenter was seriously going to consider any of the creative – and visionary – uses that were suggested for its 1,000 acres. As a result, while other cities are pursuing organic farms on public land (often with an on-site chef-run restaurant serving up the produce), urban farming and community gardening, we are left with land that might as well have a “no trespassing” sign on it for all the good that it is to the public.

These days, people who care about the future of cities talk a lot about the importance of the public realm. Landscape architect Shirley Kressel describes it like this: “Public spaces are the arenas where the collective, common life which defines us as a society is acted out, and where we come into contact with those who are like and those who are different from ourselves…In public spaces we are reminded of the most important civics lesson: We are all in this together.”

There’s 1,000 acres of the public realm that sends precisely the opposite message at Agricenter: “It’s every man for himself. It’s our land, and we’ll do with it what we like.”

Increasingly, cities, particularly successful ones, have realized that a well-designed, high-quality, distinctive public realm enriches the fabric of a city and contributes to its special sense of place. So, what exactly do the 1,000 acres of prime public land at Agricenter say about Memphis?

These days, there are even frightening rumblings coming out of Agricenter that it believes that under the master plan, its area of control should be expanded. Such is the delusion under which it operate. If anything, the land controlled with an iron fist by Agricenter should be reduced to the footprint of its headquarters building, ShowPlace Arena and the Farmer’s Market. All the rest should be returned to use by the public.

While Agricenter has put together a batch of new programs, many aimed at kids, no one there mentions any more the justification that was used in 1981 to give it public money. Then, it was promised that Agricenter International would be a “regional resource and technological center for all aspects of agriculture…a showplace for cutting edge technology and equipment…a repository for information in a state-of-the-art data bank…a prominent center for innovative research…the site for permanent and changing exhibits…and the host/sponsor/organizer for significant agricultural conferences, seminars and conventions on emerging themes.”

We’re still trying to figure out under which of those headings comes the mulching operation. Or the RV park. Or the stone operations. Or the fair. Or the subsidized office space.

Today, Agricenter International reports these compelling purposes to the IRS:

1. The Agricenter maintains a farmer’s market and a fishing lake open to the public.

3. Various public programs and other private events held throughout the year are open to the public and further the public knowledge of agriculture. The Agricenter leases offices and facilities to agricultural related entities.

Even if you find these worthy enough to Agricenter, it’s impossible to figure out why it needs 1,000 acres to do them. And if it does, and county government thinks it’s that important, let the public sector find Agricenter crop land somewhere else in Shelby County but not on the site of what was promised to be a “21st century park.”

Even if you find it a worthy use of so much land, there is little justification for Agricenter’s institutional inclination to stonewall any questions of accountability or to dismiss any calls for transparency. If it is to dominate 1,000 acres of parkland, the public at least deserves to know the financial basis behind its decisions, to know who its vendors are and to have a clearer sense of who’s in charge.

Many of us were naïve in thinking that the master planning process would usher in a new cooperative relationship between Agricenter and the park. If it doesn’t, as we now predict, it’s past time for Shelby County Government to take a fresh look at its relationship with an organization that controls so much of its land with such little return to the public interest.

It’s now been more than three years since the special Shelby Farms Park Advisory Committee headed by Dr. Gene Pearson issued its wise recommendations for the 4,500 acres. Chief among those was the recommendations that there should be a single entity operating the entire area, eliminating the dueling entities and conflicting philosophies, and that the future of the entire area should be mapped out in a single master plan implemented by a unified organizational structure.

Those recommendations are just as wise today as they were then, and regrettably, just as much in need of execution.

It’s patently peculiar how Agricenter is able to stare down anyone who suggests that a blade of its grass should be touched, but somehow, it’s always been treated as if it, not the park, is the single most important purpose of this coveted land. How else can anyone explain why government – mainly county government – gave Agricenter $20 million in public money while the park managed to get $1 million for a visitor’s center and that had to come from state government.

Once upon a time, Agricenter was a risk worth taking. However, it’s just one of those projects that never seems to be able to get on track, and its present purpose is so far from its original mission that it makes little sense to act as if the original agreement about the land still makes sense.

Again, here’s what Ms. Kressel said about a primary threat to the public realm. “The transformation of public space into a corporate preserve is an attempt by powerful elites to erase from our minds a consciousness of ourselves as people with goals which transcend a market-defined framework of social interaction and values which cannot be measured by the ‘bottom line.’ Above all, the privatization of public space is an attempt to diminish the democratic dreams of ordinary citizens and to make us forget that we have the power to achieve them.”

A Rising Tide Lifts All Yachts