And officials in DeSoto County wonder why we often have so little positive feelings toward them.

Sometimes, it’s hard to shake the feeling that they are circling our community like vultures, looking to pick off our companies and our jobs.

We thought of this in the wake of the apparent destruction of the former Coors Beer bottling plant, now the Hardy Bottling Company owned by one of Memphis’ most impressive success stories, Carolyn Hardy.

When the Coors beer plant she managed shut its doors, she put all of her money at risk to buy the plant and put 120 people back to work. It was courageous on her part, and it was starting to pay off as she won more contracts and planned to increase her workforce by 66 percent.

But, recent tornado damage is not fully covered, and it’s questionable if she can get the plant back on line.

In the midst of the catastrophic damage to the plant, our neighbors from the south called up and offered incentives to get her to move operations across the state line. It reminded us of the time when a prominent county elected official died and half the people at the visitation were trying to cut deals for his job.

Perhaps, in this case, DeSoto County’s interest was purely charitable, but in light of its regular forays into Shelby County to poach our businesses, it’s not likely. For too long, rather than develop their own prospects which could end up creating a net positive impact on our region, DeSoto County and Mississippi officials have set the targeting of Memphis businesses as a main plank of their economic development plans.

If there’s 10 Commandments for a successful regional economy, the first one should be: Thou shalt not covet thy neighbor’s businesses.

Until DeSoto County acknowledges the fact that we’re all in this together, it will always encounter prevalent descriptions of it in Shelby County as a parasite that lives and preys on the county whose success is instrumental to its own.

Student Achievement Gaps Linger and Will Take Decades to Close

This Week On Smart City: Livable Communities In Congress 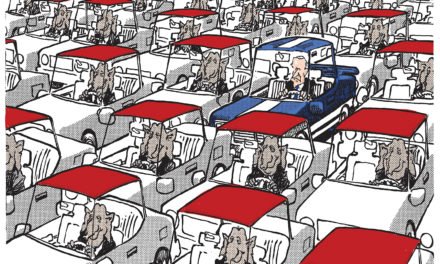