It’s always interesting to watch new legislative bodies as they develop a collective personality that is as distinctive as the individuals that combine to create it.

That’s taking place now at Memphis City Council, and while it’s still early, there’s reason to hope that this new, improved version may actually have a wiser, more mature personality.

Our hopeful attitude stems from two recent decisions – one about the Ericson proposal for development of The Pyramid and Mud Island and another about better structured committee meetings.

While it is admittedly too early to draw any definite conclusions about the new crew, so far, the collective seems resistant to the overwrought rhetoric and confrontational styles that decimated opportunities for meaningful leadership in the past. That’s a good thing because it had produced the widespread opinion that the old Council was willing to put personal political gain ahead of the best interests of the city.

Sadly, as past Council meetings proved, the reluctance to confront disruptive members undercuts the effectiveness of the entire group, and inevitably, it is the badly behaved members who come to be seen as the public “face” of the Council. In this regard, we guess that the ultimate litmus test for the new Council is whether it can contain the disruptive forces that often emanate from a reliable source like Councilman Joe Brown.

Until then, we want to at least take a moment to relish two recent signs of progress.

The first was the reluctance by the Council to swallow another big plan to develop simultaneously The Pyramid and Mud Island. As we’ve previously pointed out, it was this approach that eventually doomed plans by Sidney Shlenker in 1991. But the truth is that he was aided and abetted in the failure by the greed of the City Council and a city administration that were desperate to get Mud Island off its books.

We’ve been supportive of Greg Ericson’s position that he deserves equal treatment and consideration as the Bass Pro Shop proposal that the city administration seems so blindly enamored with, but new members Reid Hedgepeth and Bill Morrison were right – It’s The Pyramid, stupid.

Somehow, the Ericson group’s concepts for Mud Island – like its forerunner, the Shlenker plan – seem forced and ill-fitting, and if the group wants to prove that it deserves a chance to discuss optional uses of Mud Island, it would do it best by proving that it can get The Pyramid deal done. Along the way, it would be helpful if the group could also release details about its financial partners to give the public confidence that there is the serious financing that the $250 million proposal will require.

Frankly, we were encouraged by the refusal of City Council to root its decision in the civic sense of unworthiness that has been the basis for so many of our poor decisions in the past. Hopefully, this new attitude will be the foundation of the new Council.

Meanwhile, Council Chairman Scott McCormick’s decision to restrict the participation and voting in committees to committee members reflects a new emphasis on operating with more discipline and logic. In the past, any and all members could attend any and all committee meetings and cast votes on any and all items on the agenda.

It made no sense, because it allowed non-committee members (particularly those who don’t have jobs other that their part-time city legislative offices) to show up at committee meetings and derail the agenda in spite of the opinions of the official members of the committee. This tactic often played out in some members coincidentally (and blatantly) showing up to vote any time the committee agenda included an item involving a favored developer.

As a result, Chairman McCormick new policy – his clear prerogative as chair – to limit the voting in committee to members of the committee was necessary for the integrity of the legislative process. It was an encouraging sign that new members in particular seemed to recognize the value of such a clear organizational policy. In fact, the yelps from some hold-over, old-time Council members were the greatest testament to the wisdom of the change.

Complaining members cited as precedent the Shelby County Board of Commissioners’ policy that essentially turns every committee into a committee of the whole as members drop into meetings and vote although they are not officially members. Actually, if anything, all of the confusion, the lengthy meetings and the grandstanding that often results in county meetings provide compelling evidence of Chairman McCormick’s sound thinking on this issue.

But more to the point, all of this is reason enough for us to be encouraged about our city legislative body for the first time in years. 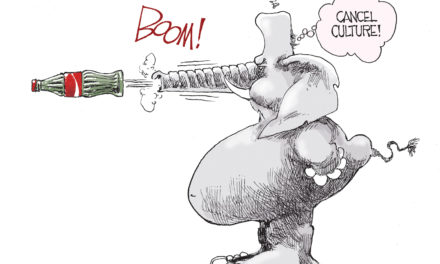