I was thinking this morning about a magnificent cathedral in Northern France, the incredible Basilica of the Annunciation in Nazareth, and a myopic bureaucrat at Tennessee Historical Commission in Nashville.

The thoughts were prompted by the bureaucrat’s opinion that the design of the $29 million Beale Street Landing “will adversely affect the historic property through the introduction of out-of-character elements into this setting” on the riverfront.

It sounds so pat. And it’s so wrong.

His comments reminded me of several impressive places made even more special by the juxtaposition between their historic settings and the contemporary architecture and design incorporated into them.

For example, built on the site of a Roman temple, the roots of the French cathedral dated back to the 5th century with various phases of construction continuing for eight centuries. So, a few years ago, when it came time to update the interior, church leaders decided on a modern, sculptural altar and contemporary designs. The effect is a striking mixture of styles that captivate and inspire.

Meanwhile, in the Holy Land, in a 4,000-year-old city of the Galilee, on the site of one of Christendom’s most sacred sites by tradition, a new Basilica was built in the late 1960’s. On the site were various shrines built over the course of centuries around the Grotto of the Annunciation, and there were 4th century frescoes, a synagogue built 1,600 years ago and various churches built over the millenia.

Marrying The Historic And The Modern

The new Basilica is a brilliant marriage of the historic and the contemporary, complete with stained glass windows that have as much in common with modern art as religious iconography. The result is stunning, proving the power of contemporary designs juxtaposed against a historical setting.

And yet, here, in a riverfront known more for a moribund, declining state than for any potential to communicate anything about the dynamic, progressive city we are trying to create, Dr. Joe Garrison – with the title of historic preservation specialist and a reputation for being obstreperous and didactic – acts as if the riverfront should be stuck in time, an unchanging stage set, a prisoner of our own provincial thinking and lack of understanding about what makes cities successful today.

Because of Dr. Garrison’s personal architectural opinions (expressed in the so-called Section 106 Review required because federal funds are involved in the riverfront project), we learn the truth about time being money, as the cost of Beale Street Landing increases while the planning comes to a standstill to address his subjective statements. To him, the striking design of Beale Street Landing is “out of character,” and yet in cities around the world, the power of contemporary architecture and design is sparking new economic activity and vibrancy.

Meanwhile, June West, executive director of Memphis Heritage, says the design of Beale Street Landing is not “an ageless design,” a comment similar to those heard for every project from the I.M. Pei addition to the Louvre to Millennium Park, but proven wrong by the fact that architecture and history – neither a prisoner of the other – are always unfolding and partners in writing chapters in biographies of great cities.

While we are encouraged that so many people are passionate about the built environment, it is worth remembering that earlier this year, RTN Architects of Buenos Aires – the same award-winning firm that designed Beale Street Landing collaborated with Balmori of New York to create a more fitting setting for Frank Gehry’s Guggenheim Museum Balbao.

Their collaboration won the design competition, it was said, because of their ability to create a sense of place and because of their sensitivity to the relationship between the museum and its river setting.

Here, RTN Architects – chosen from 170 submissions in the international design competition for Beale Street Landing – envisioned a sense of arrival for the riverfront and a sense of connection between water and city, creating new vistas, a grand civic plaza and a few small businesses, hopefully responding to the desire for food and refreshment by the hundreds of thousands of visitors to the riverfront every year.

In doing it, the firm designed “islands” on the river’s edge, calling them “musical notes” that stitch together the river and music heritage of Beale Street and the waterfront.

So, into this conversation of world-class thinking on urban design wanders Dr. Garrison, who, from all appearances, took advantage of the learning curve of his department’s new executive director to bring work on Beale Street Landing to a halt. Predictions in Nashville are that in time the project will be approved and crank up again.

Unearthing Facts To Go With Opinion

The Tennessee Department of Transportation – who’s the official applicant for approval of the project – completed its own archaeological review and thought the Tennessee Historical Commission was on board, too. TDOT officials say the rules have been followed and that changes in design of Beale Street Landing were made as a result of some earlier concerns, so they are perplexed by the “adverse findings” by Dr. Garrison, who failed to explain his latest concerns.

Because of Dr. Garrison’s opinion, a meeting is scheduled for later this week so every one interested in this project can comment. Memphis Mayor Willie W. Herenton, Shelby County AC Wharton, the Center City Commission, the Memphis Regional Chamber and Memphis Convention & Visitors Bureau, to name a few, have all endorsed the design and called for quick resolution.

Defining Yourself By What You’re Against

Because neither Dr. Garrison or Patrick McIntyre, executive director of the Tennessee Historic Commission, bothered to explain the substance of their concerns, we are left to guess. If it’s the protection of the historic cobblestones, it’s a problem with a solution. If it’s just personal opinions about the design, we’re probably back where we began – with some members of a grassroots group opposed to anything that is attached to the name, RDC.

As for Friends of our Riverfront – we say, some members, because many of our friends in the group express concerns about the anti-everything-RDC attitude taken by some of its leaders. There’s no question that Memphis needs more, not less, grassroots involvement in the public process, and that’s why we helped Friends of Shelby Farms Park as it evolved from an organization known as being against everything at the park proposed by government to a major player in the decision-making process.

It was only because of the wisdom of the leaders of Friends of Shelby Farms Park and the willingness of the organization’s members to envision a more effective role for themselves that Shelby Farms Park Conservancy exists in the first place and now has a contract with Shelby County Government to manage and operate the park.

Evolving Into A Problem-Solver

It’s a hard transition for a grassroots group to make, and that’s why we admire the leaders and members of Friends of Shelby Farms Park so much. They not only did it, but because of them, our city will get an extraordinary park and some much-needed energy in our civic life.

There’s stirrings by some that this is what they envision by Friends of our Riverfront, but based on the Friday email sent out by the organization, it will be a long, hard journey. In it, the organization calls on its members to pack the chamber of the County Board of Commissioners to get Beale Street Landing “cut from the (Memphis Fast Forward) plan.”

Of course, county commissioners have no power to amend the plan, but it can restrict its funding so that none of its money is spent on the Landing project. It’s largely symbolic since the public money is supposed to be matched 30:1 so it’s hardly as if the public part of the funding would be required for the project. Also, from all appearances, Friends is misinterpreting the meaning of the programs economic development recommendations.

But no matter. More disturbing is the position by Friends of our Riverfront that none of this is needed to attract talented workers to Memphis. On this, we do know something, because we’ve pioneered talent strategies for this city and others for five years. Suffice it to say that on this point, Friends is quite simply wrong.

The lack of riverfront and downtown vibrancy is a serious challenge for Memphis, and that’s why we’ve always been so excited by the prospects of Beale Street Landing. It creates vibrancy, an animated riverfront, a sense of arrival, and it does something in Memphis that actually deserves our most overused word – world-class.

We think that in time, Friends of our Riverfront will mature into an organization whose positions aren’t based solely on being against whatever the RDC is for. In the meantime, we hope that in the wake of winning considerable concessions from the RDC, Friends can come to grips with the fact that Beale Street Landing is critical to Memphis and so is its design.

More Than A Project

Our prediction is that Beale Street Landing will be much like Millennium Park. In Chicago, early opposition melted away once the park was built. Now, it’s next to impossible to find anyone in Chicago who isn’t proud and who doesn’t claim ownership of this special public space. It’s become a symbol for the city, it’s become common ground for every one in Chicago and it’s been the place where the sense of community is forged.

We think Beale Street Landing could do the same for Memphis.

* Footnote:
Just for the record, Carol Coletta reads these blog posts at the same time you do. She also has no role in selecting the subjects or writing the commentaries. She’s on leave from this firm, and you can find the blog she writes on the CEOs for Cities website. As for the rest of us, none of us has ever worked for the RDC, and these opinions are based on our experience in working in Memphis and other cities on their competitiveness strategies.

Peggy Edmiston and the Real Meaning of Christmas 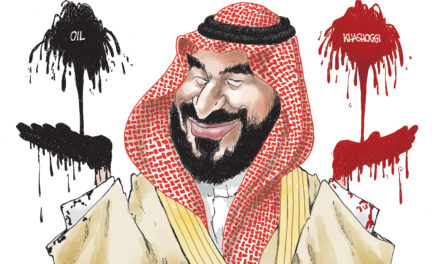 The Creative Ecosystem: Save Odessa and Celebrate Bikesploitation