Controversy Calls For Less Venom And More Wrangling Of The Facts

Apparently, based on the coverage of L.A.’s booming $125 a snake business, he isn’t the only person with snake problems these days, but it seems that he’s the only potential prey that manages to command national attention when he describes his snake problem.

Unfortunately, it’s the rest of us that are feeling snakebit.

That’s because the recent controversy feels like another sorry spectacle that sends a strong message to the rest of the country that we haven’t quite yet managed to reach the level of a banana republic.

That’s not to say that we are taking sides on the merits of the case.

In fact, with this cast of characters, all of us need to resist the rush to judgment that is such a part of today’s reality TV news culture. Instead, we should all take a deep breath – especially the antagonists in this drama – and support the call for an impartial investigation to determine the facts.

By the way, this overriding need for objectivity should immediately eliminate Memphis Police Department as an option for this investigation.

There’s so much that isn’t known, and if anything is clear from what we have seen so far, it’s this:

1) The truth is still out there.

2) Nothing is quite as ugly as when friends fight.

So far, it seems that people’s opinions are dividing along the lines of existing opinions about Mayor Herenton, but more to the point, all of us are owed the unvarnished facts.

We can’t remember anything quite like this since the days when former Memphis Mayor Wyeth Chandler was going through his “mayor needs help” days.

But unlike those days, this controversy is the perfect storm. It’s not just about sex. It’s also about power, race and money.

Somehow, we have the suspicion that when all the facts finally emerge, this will turn out to be the most overblown piece of political theater in recent history. That’s because when you turn the events and look at them from the various participants’ perspectives, they make sense to a point.

The problem is that from that point, the events get obscured by racial factors and personal opinions that make it impossible for us to know what the facts are and make it possible for both sides to interpret the events to support their view of the world.

There’s plenty of reasons to be concerned about all of this, chiefly the negative impact that it has on the city’s already bruised image. It’s hard to imagine how the Chamber of Commerce can successfully sell Memphis in the next couple of months.

On one side, there’s Mayor Herenton, probably the most unpredictable elected official in Memphis’ modern history. Distant, isolated and disconnected, he has the tendency to fall victim more often to his own emotional volatility than he does to any actual plots by others. And, it’s always worth remembering that in the mayor’s world, there is no greater sin you can commit than to disrespect him.

And In This Corner

In the other corner is Richard Fields, former NAACP Legal Defense Fund lawyer and Herenton confidante. Never one to curry favor, he has always tended to say exactly what he thinks, but in recent years, his opinions, especially on some political candidates, have skewed toward extreme, personal assaults.

Back in the day, the two of them shared a foxhole together, fighting the battles for African-American families seeking quality education and equal rights for their children. It was a friendship forged in battle, and for someone like Mayor Herenton, these friendships are inviolable.

In recent years, they have had fights about some issues that chilled the friendship and led to months where they did not speak. It was in this tenuous environment that Mr. Fields scheduled a meeting several months ago to deliver a poll to Mayor Herenton that purported to show that he could not be reelected.

In that meeting, Mr. Fields was an emissary for a few local businessmen who are convinced that four more years of the Herenton Administration would be devastating to Memphis. To Mayor Herenton, the meaning was all too clear – it was the ultimate act of disrespect and betrayal.

If someone had set out to create the scenario in which Mayor Herenton would never consider exiting the race, this was it. To add insult to injury, his resolve was strengthened a few weeks later when someone else from the business community came in with a separate poll hostile to the mayor’s reelection’s prospects.

As reporters dissect the available facts about this situation, determined to milk the controversy through yet one more news cycle, there is little thought given to the context that sheds light on what could have happened. In particular, it’s worth remembering that Mr. Fields apparently was acting as lawyer for the woman who claims she was recruited to trap Mayor Herenton in a sex scandal (although it’s hard to imagine what that would have to be in this day and time).

Like any experienced lawyer, Mr. Fields knew that there was only one way his client could get her charges reduced – by trading information. This is the time when lawyers set up meetings with FBI agents, and based on his client’s stories – though highly embroidered as they were – about the mayor, drugs and prostitutes, that’s exactly what Mr. Fields did.

One thing is always predictable in these kinds of meetings, and it undoubtedly happened in the one in question. After listening to her story, the agent asked her if she could tape a conversation that would show Mayor Herenton in such a situation, proving that her stories are true.

It’s What They Do

To suggest that the FBI agent was part of a set up is to deny the essential nature of the investigatory agency. Their interest is reflected most dramatically in the dozens and dozens of hours of tapes filed away in U.S. District Court in the cases against local and state elected officials.

How such a meeting ended up in the home of a highly regarded Memphis businessman is another question altogether, but we suspect that all the suspicions are stripped away and the facts are revealed, there is likely to be even a plausible explanation for this.

As for Mayor Herenton, those who ridicule him for his dependable rhetorical flourishes should consider the context for his comparisons of himself to Dr. Martin Luther King Jr.

His feelings about equal rights are just as visceral and life-defining today as when he was a young boy picking cotton to help support his family, and it’s worth remembering that this controversy is being played out against this tableau.

We offer this as explanation, not as justification, for his stultifying news conference last week. Unfortunately, given the chance to act as statesman and to show that Memphis behaves maturely, he managed to do just the opposite.

Worst of all, he forgot that at the end of the day, this isn’t about him. It’s about our city, and as its mayor, he should not be the instrument of its own ridicule.

What concerns us most is that all of this may in the end reinforce the worst aspects of the mayor’s nature, proving to him that he’s right to trust no one, to isolate himself in City Hall, to limit advice to only a handful of advisers and to suspect that most people are out to undermine his authority.

Right now, it’s our opinion that he’s positioned to be reelected, and if he is, this Elvis-like existence in City Hall will be bad news for all of us and our city.

And yet, we repeat, there is one thing we should all be able to agree on – the need for a thorough, independent investigation. The only proviso we’d add is that it should begin immediately so its results can be released before the city mayor’s elections. 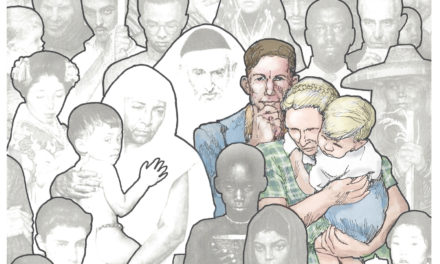