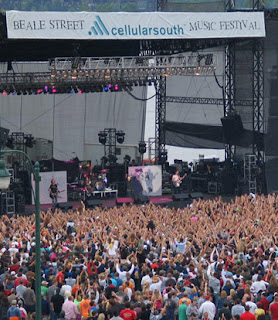 Our hearts swelled when we saw the ad in this month’s edition of Travel + Leisure.

The ad promised that we should log in right now to vote for our “favorite cities for shopping, dining, nightlife, culture, and more.” It even laid out some sample questions that caught our attention:

• What city has the most attractive residents?

• Where is the best place for a romantic escape?

• What is the top city for shopping?

• Which American city has the best barbecue?

• Which city has the friendliest people?

We logged on to cast our votes with great anticipation, because it seemed to us that we should win at least the last two of the questions. But our burgeoning civic pride was quickly quashed.

With the America’s Favorite Cities Survey, Travel + Leisure and CNN joined hands to preordain the 25 cities that we could select from. Memphis was nowhere to be found.

And they say they really want to find the friendliest people and the best barbecue. Puh-lease.

The website called these “25 of America’s hottest cities.” Haven’t they ever been in Memphis in August?

We’ll concede most of them, although we’d argue that as far as great places to visit, Memphis surprisingly whips Denver convincingly. Denver has mountains, but those are miles and miles out of town, and the city itself just leaves us flat.

But we think, surely, Travel + Leisure and CNN have engaged in exhaustive research to come up with their list of hot cities. However, as far as we can tell, there’s no hint on how they compiled their list.

Without too much civic pride blinding our objectivity, we just can’t see how Memphis isn’t on a list that also manages to include Nashville and Dallas. We’ve never been able to claim any kind of authentic experience there except varying shades of dull. In fact, we’d probably make the same claim about Atlanta, which generally feels like a city made for conventioneers and drained of any hint of authenticity.

Of course, these are only our personal opinions, but then again, that’s what this survey was supposed to let us express. But, how can we give our opinions when the magazine and TV network eliminated our options going in?

The website also features the results of the 2004 American’s Favorite Cities and broke the votes down in categories like on foot, activities, family trips, holidays and seasons, romance, sightseeing, quality of life, people and getting around, and generally the cities hitting the target most often were New York, Chicago, San Francisco, Twin Cities, Orlando, Los Angeles, San Diego, Miami, San Antonio and Honolulu.

We admit that we have our concerns about Memphis. They find their way here many days, but it all comes from a deep love for this gritty, frustrating and endlessly interesting city.

Even the most jaded Memphian can feel a burst of civic pride right now. Downtown is filled with a steady stream of music fans, and soon, the fragrance of barbecue will fill the air.

While we have pointed out that we have the unhealthy habit of being hypnotized by our own hyperbole, it’s easy to get caught up in a bit of overstatement about ourselves right now. There’s nothing like springtime to cast Memphis in a whole new light, and to kick that off with a month-long of Memphis in May International Festival just makes us think that Travel + Leisure and CNN just totally missed the boat on this one.

We admit that Memphis’ regular omission from these kinds of lists gets our goat, and we hope that this problem attracts the attention of the organizations whose missions are to marketing Memphis positively on the national stage.

If things have sunk so low that the options for cities with great barbecue and friendly people don’t include Memphis, we need to get someone’s attention as soon as we can. So, if you want to join us in emailing Travel + Leisure, click here and fire off a message telling the magazine that its list is clearly one city short.

Chattanooga, 1995: City Referendum on Consolidating Schools, and No Legislative Interference