‘Tis the season to be jolly and to cherish our children.

However, some Democratic county commissioners and some Republican Shelby County school board members seem intent on using children during this holiday season in ways that make Ebenezer Scrooge look an ambassador for altruism.

It’s enough to kill the spirit of the season. On one side, some elected representatives for Memphis are using youth as political pawns for an ill-conceived plan to add another Juvenile Court judge for a political friend, and on the other, some Shelby County elected officials continue to make decisions that call into question their commitment to children in the first place.

Three commissioners profess to be affronted by the fact that Germantown and Bartlett have youth diversion programs that give young people arrested on first-time misdemeanor charges second chances. Apparently, or at least according to the lawyer for Juvenile Court, state law doesn’t give the cities the authority to operate these kinds of model programs, and instead, requires that the youth be sent forthwith to Juvenile Court.

As a result, the lawyer for Juvenile Court notified the cities to cease and desist. The fact that these two suburban cities – with their majority white populations – had diversion programs appalls the county commissioners, who went so far as to call for a federal investigation. At this point, it’s unclear what the federal government would investigate, but it is clear that the protests largely stem from the commissioners’ determination to create an unneeded second Juvenile Court judge for Shelby County.

From where we sit, if the federal government wants to indict Germantown and Bartlett for something, it would be for operating compassionate, enlightened youth offender programs that should be duplicated throughout the region.

Making A Federal Case Out Of It

Commissioner Henri Brooks, while serving in the Tennessee Legislature, was famous for her serial racism allegations and a flair for rhetorical hysteria, qualities in full flourish with the call for a federal investigation. Apparently, her firsthand knowledge of the evils of racial stereotypes doesn’t slow her down in using them whenever it suits her political ends. Her call for an investigation was joined by Commissioners Sidney Chism and Deidre Malone, normally seen as bridge-builders in local politics but apparently blinded by their desire to create another county elected office.

In a statement long on generalities and short on specifics, they garbled the facts so completely that they somehow concluded that Juvenile Court “has been operating separate programs for suburban juveniles at taxpayer expense and in violation of federal and state anti-discrimination laws.” It seemed to matter little that neither of the youth diversion programs had any connection with Juvenile Court and were operated by Germantown and Bartlett.

It’s one thing to want a new judgeship so badly that you think you have to destroy the recently-elected judge to get it, but commissioners degrade themselves when they show a ready willingness to sacrifice youth in diversion programs as political fodder on the partisan battlefield. Although we were not supporters of the winner in the recent Juvenile Court election, the single-minded rush to create another judgeship is becoming a tawdry sideshow with political rallies masquerading as fact-finding hearings, and name-calling cast as political debate.

We had high hopes for the “new look” Shelby County Board of Commissioners. Democrats deserved to be the majority on the legislative body a decade earlier, but since taking charge, they have seem to have lost their focus and their way, apparently distracted by old political scores to settle. Unfortunately, their behavior reflects a party too long in the minority and still unaware that it’s ultimate job now is to govern.

For 20 years, Democrats on the county board of commissioners decried the exclusionary politics of the majority and policies that failed to embrace the needs of the entire county. Along the way, Democrats declared that they could govern in a way that would unite the community and heal these old wounds. Finally, they have the chance to prove it.

So far, there’s been little to suggest that the past rhetoric can be transformed into a future vision for a unified county. But hope springs eternal here, and that’s why we hope the Juvenile Court fracas is just a misstep and not the first step of a journey toward a more combative, more fractious and more ineffective Shelby County Board of Commissioners that is willing to sow the seeds of divisiveness in order to achieve their own personal political objectives.

We hold out no such hope for the Shelby County Board of Education. As proof that using children as political pawns isn’t the province of some Democrats, the Republican county school board continues its boorish political behavior by holding 2,500 students as hostages to its political agenda.

Faced with what seems like a reasonable request by Memphis City Schools – for the county district to continue to educate the students affected by the Countrywood and Berryhill annexations until city schools can be built for them – the county board again put politics ahead of pupils.

These days, it seems that if you ask Shelby County Schools anything, they condition their answer on whether you will support their special school district, an idea whose justification remains as questionable as the board’s contention that many of its decisions aren’t racially-motivated.

Watching the antics of Shelby County Schools, a prevailing urge is to put them in “time-out” and laugh about their silliness; however, their “take no prisoners” brand of politics are needlessly disrupting the lives of 2,500 young people in the annexation areas (not to mention thousands of students, primarily African-American, in Southeast Shelby County). Memphis City Schools Superintendent Carol Johnson says she asked for the county schools to keep the students to prevent them from being moved three times in a few years – from their current county schools to temporary city schools and finally to their permanent city school.

That seems pretty straightforward to us, but nothing is ever that simple in the Machiavellian parallel university of Shelby County Schools. In fact, county school officials responded to the request by forbidding the city district to set foot on the campus of a school that will ultimately become part of the city system following annexation.

Then, to make matters worse, County Superintendent Bobby Webb, largely a marionette in these situations, feigned indignation, saying that “an accusation that we won’t let them on the property is outlandish.” The truth is that Memphis City School officials asked at least three times to go onto the campus of Chimneyrock Elementary and were each time denied access to survey the property by Shelby County Schools. It was only after days of repeated refusals by the county district that Memphis City Schools sent its letter of complaint.

As we wrote last week, the recalcitrance of Shelby County Schools could be dismissed if it were not ultimately costing us taxpayers more than $12 million. That’s the cost of the additions to city schools that will temporarily house the 2,500 students.

In the midst of this conflict, a committee of politicians and business leaders issued a draft report on school funding that’s been in the making for two years, and it appears to have arrived if not D.O.A. at least in the ICU. The possibility of the school districts cooperating on its recommendations grows more unlikely by the day, and the report, a compendium of ideas advanced over the past 25 years, doesn’t appear on the surface to be the catalyst to harness the systems behind it.

While we wait to see what happens, we hope the Yuletide spirit will bring a calmer, less incendiary style of politics here. It’s said that some things transcend normal day-to-day political considerations. Surely, the best of interest of our children is one of them. 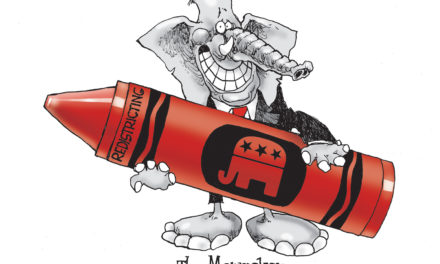 The Mapmaker, A Cartoon By Award-Winning Bill Day 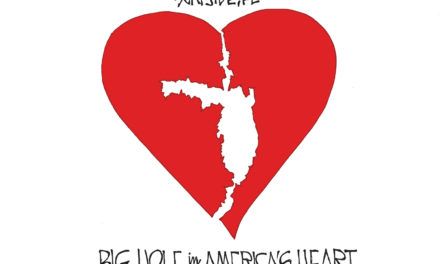