An Epidemic of Homophily

From Otis White’s Urban Journal at governing.com. Otis is a regular guest on Smart City each week:

The Fading Urban Marketplace of Ideas

If you look back on the novels written about cities since the 18th century, one theme stands out: the young person who moves to a big city to escape the sameness of small-town life. In these books, the appeal of cities was their surprising diversity — of ethnicity, religion and class, of course, but also of thought. You could hear ideas expressed in New York, Chicago, New Orleans or Seattle that were never uttered in Midwestern farm towns, West Coast fishing villages or Southern mill towns. All of which makes the following sentence so sad: Our modern metro areas may be losing their role as marketplaces of ideas.

It’s not that cities don’t still have people who feel passionately about things. There are libertarians, feminists, black nationalists, religious fundamentalists, conspiracy theorists and, yes, even a few communists in every city of size — not to mention lots of plain old Democrats and Republicans. But opportunities for these people to meet and exchange views (or even just hear each other’s ideas) are dwindling, social scientists believe.

Why? Partly because of human nature and partly because technology and affluence are allowing us to separate from those who think differently, a recent article in the Washington Post reported. The human-nature part is easy to understand. We like to be around people who are like us in social class and general outlook. The academic term for this, the article said, is homophily.

In the past, cities and social institutions tempered our homophilic tendencies. In public schools and the workplace, around our neighborhoods, in mainstream churches and synagogues, we came to know (and sometimes like) people who thought differently about things. The media also helped. Whatever their faults, daily newspapers and evening TV shows introduced us to how others looked at events and came to different conclusions. This, in turn, bred tolerance and sharpened our thinking. (There’s nothing like someone pointing out obvious flaws in your argument to make you think more deeply.)

What’s different now? Our sprawling metro areas allow us to live in neighborhoods and suburbs that mirror our opinions (most big metro areas have congressional districts that elect only liberal Democrats and others that send forth only conservative Republicans). Affluence permits many to withdraw from institutions such as public schools that once introduced people to diverse thought. Technology plays a role, too, giving us cable networks, talk-radio shows, blogs and publications that endlessly echo our own opinions.

A result of growing homophily is unthinking partisanship. One social scientist told the Post that, at election time, “I often hear people say with absolute certainty that whoever they are in favor of is obviously going to do well because they haven’t talked to ’anyone’ who supports the other person.” Another result is intellectual poverty. We don’t think about our views because they’re rarely challenged. “Most of us would be hard pressed to provide clear explanations for our political beliefs,” another social scientist told the Post. ”We participate in settings where we don’t have to explain ourselves because everybody else agrees with us. What this means is, I have no reason to challenge or question my own beliefs.”

And yet there are still people who are curious about ideas and willing to consider others’ viewpoints. There could be an opportunity for cities here — if they find new ways of introducing people with opposing opinions to one another in settings that encourage listening and polite argument. But it’s clear that this must be done deliberately. After all, we’re fighting human nature on this one.

This Week On Smart City: Love And Goodness 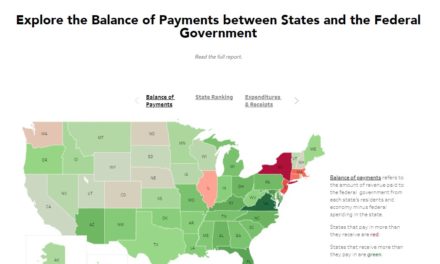