Cities are doing a number of things these days to highlight and exploit their music heritages. There’s a theme developing in much of it, and it offers a seminal lesson for the Memphis public sector that talks proudly about our music and the foundation charged with reinvigorating the industry.

The advice: invest in our creative people and our core music businesses and organizations.

Memphis and New Orleans have always had much in common, most notably our strangely parallel demographics, similar cultural anchors and civic structure that swings to dysfunction on regular occasions. That’s why it has always been instructive to look at trends in the Big Easy to foresee the future of Memphis.

With this in mind, the conclusions of a cultural committee headed by Wynton Marsalis seem especially helpful to Memphis right now. Looking at what their city post-Katrina must do to recapture its distinctive culture, Marsalis said: “What gives you the will to survive? That will has to do with your soul and your spirit. That’s what culture is.”

In its 42-page report, the committee issued recommendations for restoring the city’s culture with special attention to the raw material of its rich music history – musicians.

It’s good advice, because as cities look to their music future, too many try gimmicks, logos and slogans, the sexy big project or the celebrity-driven project. In the end, however, it all comes back to talent, indigenous talent that relates in an authentic way to its place of origin. Programs that don’t invest in this core indigenous creativity run the risk of feeling artificial and superficial, lacking the authenticity that seems to lies at the root of major music heritages.

As the New Orleans report eloquently put it: “We need to begin…by investing in our creative people and our core cultural organizations and associations, aiding those who are still here…”

In support of its musicians, the committee proposed that government build new facilities like a National Jazz Center, expand the arts district, create a linear cultural park connecting cultural sites, offer loans and grants to develop and market music, create an Internet clearinghouse and launch a three-year international marketing campaign.

Since Hurricane Katrina, the number of musicians in New Orleans has dropped from more than 2,000 to fewer than 250. Many of them have made Austin their city of choice, and the self-proclaimed “Live Music Capital of the World” is setting up special programs in hopes of enticing them to stay there. Austin wouldn’t seem a natural lure for most New Orleans musicians, because of the Texas capital’s largely white music scene.

Among the relocated musicians in Austin are most of the Neville family (although Aaron Neville moved to Nashville after a brief stop in Memphis), the Hot Eight Brass Band, the Iguanas, the Caesar Brothers Funk Box, the Radiators and Big Chief Kevin Goodman.

Among the Austin programs for Katrina-weary musicians are the Instruments of Healing program, which replaces instruments for New Orleans musicians; there have been a series of benefits to raise money for them; and the Austin airport (listen, up Memphis International), which already has live musical performances five days a week at three venues, has added a 10th performance on Thursday afternoons for the New Orleans musicians.

Speaking of a music-savvy city, here’s a key indicator. The Austin International Airport has a unique staff position: music coordinator.

While Memphis Music fans have been unable to convince airport officials to add our city’s music in a visible (or highly aural) way, some other cities are proving that they value their locally produced songs.

In Seattle, Mayor Greg Nickels announced that the city was turning off the Muzak and turning on local bands. From now on, when someone calling city government is put on hold, they will hear the songs of homegrown bands – from piano compositions, rock and roll, grunge to Latin music. In addition, city government’s website will offer more information about the local bands, give Web links for CD sales and offer podcasting subscriptions.

Closer to home, Atlanta showed courage late last year in its campaign to brand the city with a new theme song. The choice: “The ATL,” a rap song produced by one of the city’s hottest producers. The selection touched off controversy with a local newspaper columnist condemning the song (sound familiar?), and it pointed out the challenge for cities whose current music scene has a thriving rap community but which feel uncomfortable embracing the music genre.

Finally, on the Country Music Capital front, Nashville released a new study that set the total economic impact of its music industry at a staggering $6.4 billion. According to the study, the economic impact of Nashville is more than the State of Georgia, Seattle, Austin and Memphis added together – $3.1 billion.

The study says the economic impact of music is $990 million for Georgia; $1.3 billion for Seattle; $616 million for Austin and $238 million for Memphis.

Nashville is home to more than 80 music publishers, more than 180 studios, 27 entertainment publications and some 5,000 working union musicians. The breadth of the Nashville music economy paints a picture of the distance that Memphis would have to travel to get into the same league as the capital city on today’s terms. It also speaks to the wisdom of Memphis carving out a different niche, one that recognizes the transformation under way in the industry and sets out a plan for Memphis to become a major outpost in the music world to come – digital, personal and ever-present.

When you look at the Nashville study through the lens of coming change, in some ways, the optimist here (maybe perhaps delusional) could argue that Nashville may be at greater risk than Memphis. Nashville is the Sears of the music industry. It is so invested in its present infrastructure and its current way of doing business that it may find it impossible to shift gears, allowing a more entrepreneurial city like Memphis to become the Wal-Mart that reinvents the music industry.

Shelby Farms Park Vote Is Deja Vu All Over Again 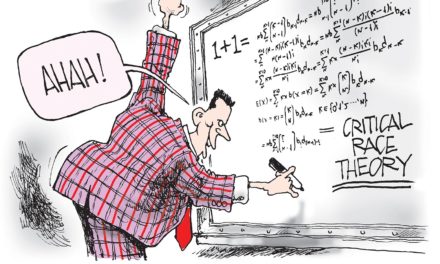 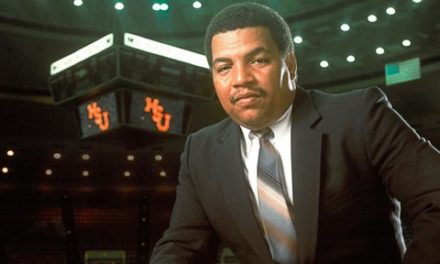