How About Hiring The RDC To Clean Up Downtown? 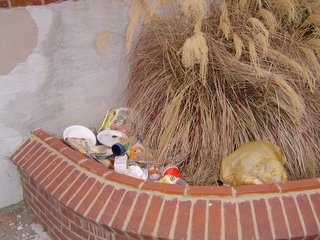 In one of the largest cities in the world, regardless of the neighborhood or part of the city, the streets are immaculate and the sidewalks are clean. That’s because each morning, in a wholly Japanese sense of the collective, store owners sweep off the sidewalks and clean the gutters in front of their businesses.

Meanwhile, buses unload volunteers who come to the center of the city to clean the gardens of the Imperial Palace.

Looking out the windows of a corporate boardroom in a skyscraper overlooking the Imperial Palace and the Ginza, one Memphian commented: “The city is always so clean. You must have some really tough fines for littering.”

“We don’t have any laws against littering at all,” came the answer.

“Then why don’t people litter?” asked the Memphian.

“Because they’re not supposed to,” the Japanese host explained incredulously. “It’s our obligation to the community, because we live so close to each other, and the city needs to look as good as it can for all of us.”

It’s a civic ethos taught to even the youngest member of the community in Japan, and walking through downtown Memphis, it’s easy to wonder if we’re instilling just the opposite.

On our walks, we regularly pick up trash, ranging from dog excrement to broken beer bottles to what appears to be kitchen garbage. Sometimes, as an experiment, rather than pick up the trash, we leave it there, curious to see how long it will be before any city crews clean it up.

About a month ago, someone appeared to dump a small garbage can near Union and Front. We walked by it every day, and finally, convinced that it might stay there until summer, we picked it up.

It’s often confusing to most downtowners to know who is responsible for cleaning up our city’s common ground. The Center City Commission has responsibility for most of the downtown footprint and city crews are responsible for areas that border the footprint.

Whatever the division of labor is, it’s not working, so here’s our suggestion.

Hire the RDC to do it.

Regardless of your opinion about the Riverfront Development Corporation’s plans for the downtown riverfront (and we are enthusiastic supporters), there can be no debate that the riverfront has never been cleaner or more attractive.

RDC staff members are firm believers in “management by walking around,” and there is little that escapes their attention, from planting and weeding the landscaped medians to cleaning up rights-of-way and riverfront parks.

It seems a good time to entrust the cleaning and maintenance of all of downtown to the RDC, because its track record proves that it is up to the task.