Despite a cumulative 11 years of national leaders from Tennessee – first the United States Vice-President and now the Majority Leader of the United States Senate, Tennessee is still back in the pack when it comes to the amount of federal funds that it gets from Washington.

It’s a strange irony, especially in light of high hopes when Al Gore was elected v-p for eight years and three years ago, when Bill Frist was elected Majority Leader. Normally, the greatest benefit for a state that has a politician in these kinds of key national positions is seen in increased funding for that state’s projects. And cities and counties across Tennessee were certainly not wanting for suggestions for where federal money could be spent.

And yet, in the report released this week on the federal spending per capita for each state, Tennessee remains in the middle of the list…with $7,701 for each resident of Tennessee. The national per capita average is $7,223.

As usual, Alaska heads up the list – $12,885 per Alaskan, which seems to indicate that all the foot-stomping and pouting Senator Ted Stevens does must be more effective than it appears. Besides Alaska, the other five-digit leaders are Maryland, New Mexico and Virginia. Following the big four are Hawaii, North Dakota, Wyoming, Connecticut, South Dakota, Alabama, West Virginia, Massachusetts, Maine and Montana. These 14 states average $9,554 per capita in federal funding.

It’s a long drop to get to the middle rungs where Tennessee is found.

When Vice-President Gore was elected vice-president, Democratic leaders across the state thought that finally, all of the state’s wishes would come true. Instead, Gore’s staff politely turned aside most requests from his home state, saying: “He doesn’t just represent Tennessee anymore; he represents the entire nation, so he can’t show a preference.”

Of course, that attitude cost him dearly when he finally ran for president, and eight years of an eroding state base caught up with him.

Now comes Senator Bill Frist. He has acknowledged the object lesson of the Gore loss in his home state, but still, Tennessee’s wish list is seen as part of a much larger priority list that comes to him as majority leader.

Of course, Tennessee’s experience in both of these cases speaks to the larger realities of running for national office. Both men’s presidential aspirations led them to take their eyes off Tennessee and seek to broaden their political strength in other states. In this way, Tennessee becomes one of about three dozen states that demand attention.

And yet, if Tennesseeans are disappointed, Texans must be fighting mad. Despite the leadership of President Bush and former House of Representatives Majority Whip Tom Delay, Texas gets $6,308 per capita in federal spending. For the record, Nevada, with $5,469, is at the bottom of the pile.

Speaking of rankings, in the recent survey of approval ratings of all 50 governors, Tennessee Governor Phil Bredesen fell almost precisely in the middle – at 26th place. His approval was 53 percent; his disapproval rating was 41 percent, which gives him a net approval of 12 percent.

His totals are almost precisely the unweighted average for all 50 governors.

If you are looking for good news, his approval ran across ideological, educational, church-attending, abortion and regional categories.

If you’re looking for bad news, and this probably classifies more accurately as troubling news, his approval rating among African-Americans is only 39 percent with 52 percent disapproving, and 45 percent of the people who identified themselves as Democrats approved of him while 48 percent disapproved.

You can see the entire list of governors at http://www.surveyusa.com/50State2005/50StateGovApproval0511ByState.htm 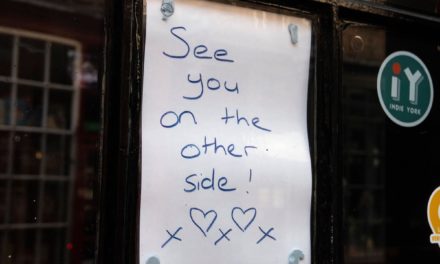 Emily Yellin Speaks to NPR about Customer Service and Culture