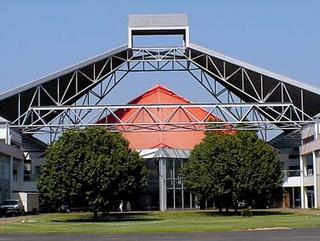 In response to Thursday’s blog on how Memphis and Shelby County lead Tennessee in the number and amount of tax freezes, we received several calls and emails. One reminded us that Agricenter International and all of the businesses leasing space and land there don’t pay property taxes, because they are on public land.

It points up the problem in trying to calculate the true amount of property taxes that are being waived in Shelby County. Just the taxes waived by industrial development boards get the amount to about $65 million, but the public accounting never even includes city and county property, such as Shelby Farms Park, where Agricenter is located.

Of course, the Agricenter story is about much more than waived taxes. Its story also is about direct funding from property taxes and control over 1,000 of irreplaceable parkland. While others debate the future of Shelby Farms Park and how to transform it into one of the U.S.’s great parks, Agricenter interests have generally stonewalled any effort to develop an overall master plan for all 4,500 acres in the heart of Shelby County.

Perhaps, it is understandable since the Agricenter compound has crop production that produces about $350,000 a year in revenue; a 140,000 square foot exhibition center with leased office space; a 300-lot RV campground; a farmers market and nursery; Ducks Unlimited’s headquarters; Showplace Arena and several unsightly buildings that dot the landscape.

Its founding mission in 1981 was to be a “regional resource and technological center for all aspects of agriculture,” and when it opened, it professed to being a “showplace for cutting edge technology and equipment…a repository for information in a state-of-the-art data bank…a prominent center for innovative research…the site for permanent and changing exhibits…and the host/sponsor/organizer for significant agricultural conferences, seminars and conventions on emerging themes.”

Those were formidable goals, but unfortunately, along the way, Agricenter became nothing more than a publicly subsidized office development. It is now a sad dowager when compared to its high hopes of 25 years ago.

Agricenter has been given $19.4 million in public money since it opened ($15.6 million from county government), which seems especially ironic since it sits on parkland that has scratched for every penny it has ever received from the county budget. The only real investment for the park was the Visitors’ Center, and it was built with a state grant of about $1 million.

Remarkably, the county lacks full oversight control over the facility, because of the cozy relationships between the Agricenter Commission (the county board which is supposed to provide the checks and balances) and Agricenter International itself.

The good news is that for the first time in fiscal year 2003, Agricenter finished in the black with revenues of $2,053,184 and expenses of $1,917,353, producing a positive cash flow of $135,831. Agricenter received yearly operating money from Shelby County Government until 1996 when the county administration put its foot down and told the board it was time for the project to be self-sufficient. However, county government continues to pay for capital improvements at Agricenter, and despite the original lease calling for lease payments, there is no evidence in county files that such payments have ever been made. In fact, during the spring of 2004, the Wharton Administration even forgave the $250,000 loan made to Agricenter.

The original lease said Agricenter would be used for the promotion, support and advancement of agriculture and agri-business, and “no other use of the leased premises shall be permitted.” Based on the signs on Germantown and Walnut Grove Roads for events, that language seems to have been forgotten long ago. We are told that during this calendar year, no agricultural events are booked into the exhibition hall.

In recent years, Agricenter’s revamped its mission to include “recreational opportunities” in addition to agricultural research, educational programs, environmental conservation and natural area preservation. These are noble goals, but would $20 million in public funding been invested in an operation dedicated to them? In fact, it would be easier to make the case case that this mission would fit more appropriately at Shelby Farms Park.

Agricenter was once a risk worth taking. It was just one of those projects that never seems to be able to get on track. Unfortunately for taxpayers, government has trouble pulling the plug on projects that get off track, and even though the county administration first served notice in the early 1990’s to Agricenter that the county was disturbed about its lack of progress, it continues to get county help and concessions even today.

It’s time for Shelby County Government to spend at least as much money and devote at least as much attention to the real regional asset – the park itself. Looking to the future and to the need to attract the creative class to Memphis and Shelby County, it is the park that will be our competitive advantage in the global economy.

The Wharton Administration has given more attention to the park than it has received in 10 years, and soon, it says an important announcement about the future of the park will be made.

Meanwhile, the story of Agricenter is a cautionary tale. The tale of a great park at Shelby Farms remains to be told.

This Week On Smart City: Places That Define Cities