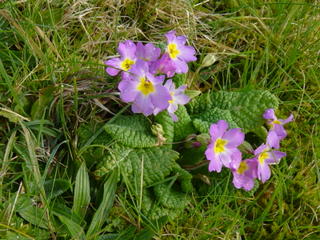 There is the classic Buddhist parable, told in several variations, that goes something like this:

And just as he thinks things can’t get worse, they do. Running as fast as he can to save his life, he comes to a steep cliff. With the tiger coming up on the rear and no escape in front of him, he jumps. As he falls, he grabs a vine that cascades from the top of the cliff to just below him. Above, the tiger watches over him, daring him to climb back up. Just then, the vine starts pulling away from the sides of the cliff, and it begins to come out of the ground at the top of the cliff.

It is at that moment that the man faces the inevitable — he has no options that will keep him alive. And at that precise moment, he notices a flower blooming on the sheer cliff just next to him. It is the most beautiful flower that he’s ever seen.

Like so many Buddhist lessons, the story is filled with meaning on many levels, but in times when patience is tested and nothing is going right, two lessons always seem pertinent — live completely in the moment and find and revel in the beauty around you.

Sitting in the Denver airport on an unbearable layover and facing a day of travel problems, it seems that the parable is no match for this time and place with its chaos, the uncaring and abrupt airport employees at the gate, and the overall frustration that is a companion to air travel.

I am thinking about how this parable has absolutely no meaning in this airport as a woman walks her dog through the terminal as if she is in Central Park, plastic bag in hand, cleaning up after her dog in the middle of the concourse carpet, seemingly oblivious to how strange her behavior is. The United Airlines gate employee calls security to frisk an older man and inspect his luggage, because he has the temerity to complain about the newest delay. I am contemplating the choice of the world’s most expensive turkey sandwich or the world’s smallest quesadilla.

Then we hear it — a violin playing a simple, basic melody that lilts through the waiting areas. It is played by a 12–year–old boy who had been patiently waiting on his flight, lovingly cradling an instrument case in his lap. Opening the case, he had taken out his violin and stepped out into the concourse to play for the people rushing by him.

The expression on his face is serene. His love for playing his violin is obvious, but equally obvious is his joy in playing it for people who need a melody in their lives at that moment. He plays for about 20 minutes, until his mother tells him that their flight is boarding.

It is the most beautiful violin music that we have ever heard.

Flashback: Green Is The Color Of A Quality Community

In Memory Of Dr. Walter Walker