Reinvigorating the Mojo of Memphis Culture

In searching for the keys to the phenomenon of rapid human evolution and progress, intellectuals have seized upon the idea of collective intelligence: the notion that what determines the rate of innovation, economic progress, and cultural enrichment of a population is the amount of interaction between individuals.1

In other words, it’s not individual intelligence that matters. What matters most is collective and cumulative intelligence — and that grows with the exchange of ideas and the interaction of people.1

This is why cities foster much more innovation than small towns, and why high-density cities tend to be more dynamic than low-density ones. Serendipitous connections happen more readily when there’s more chance for strangers to rub shoulders together.

When ideas from different people come together, innovation is more likely to occur. And the bigger the supply of existing ideas and the faster those ideas combine, the more new ideas are generated.2

The success of multi-cultural America (and highly-dense New York City) in the past century is the epitome of this relationship with its vast open society, through which goods, ideas and people flow freely. As a result of this rapid rate of exchange, America is known for and has greatly benefited from its bounty of innovation and discoveries as well as its cultural richness.

But if a population falls, becomes fragmented, or loses density, thereby resulting in less exchange and interaction, cultural evolution may actually regress. So developing and maintaining large, tight-knit, and vibrant social networks is paramount to ensuring a thriving culture.1

During its heyday, Memphis had a tightly-networked talent pool with a high rate of idea exchange and artistic cross-pollination. As a result, Memphis’ rich and innovative culture influenced and inspired America — and the world — with its blues, rock ‘n’ roll, and soul music.

That cultural genius is still in our blood and soil, but it seems less cultivated, innovative, and dynamic than before. Why? Because Memphis has suffered from a reduced rate of idea exchange.

First off was the destruction in 1969 of Beale Street, the artistic and cultural hub of black Memphis (and arguably black America at one time). But Beale Street wasn’t just a black cultural hub that helped nurture and fulfill black creativity and artistic talent. White artists also frequented the street and absorbed ideas and inspiration from the rich culture bubbling out of Beale — think Elvis. Severing this vital artistic and cultural hub has had dire consequences on the interim innovation and integration of Memphis arts & culture. Unfortunately, today’s Beale Street — with its tourist-laden national chains and gimmicky bars — doesn’t nearly serve its pre-destruction role of local cultural enrichment.

Second, the concurrent and subsequent sprawl of Memphis away from the urban core of downtown has resulted in a severely low-density city, even by national standards.

Third, Memphis has been suffering a creative brain drain ever since the period of Beale Street’s destruction and Stax’s bankruptcy. Thousands of ambitious creatives have been leaving Memphis over the years as local opportunities have dried up.

What do the loss of our unique cultural hub; the decrease in our urban density; and the draining of our creative pool all have in common? All three of these occurrences greatly reduce the rate at which our population exchanges ideas. That has had quite the negative impact on the evolution of Memphis culture and the dynamism of our arts over the past four decades.

Reversing sprawl and increasing our city’s urban density would help Memphis regain its dynamism. To ensure a healthy talent pool, plugging and reversing the Memphis brain drain should be a priority, which the City of Choice initiative aims to do. But given our city’s historical arts & culture forte, nurturing, connecting, and integrating our artists with an arts hub and forum — akin to pre-destruction Beale Street — may be the most critical catalyst this city needs.

Memphis Art Park would help address all these issues. It would be a community arts center in the heart of downtown, our urban core. It would help retain and attract the creative class. It would incubate and cater to emerging artists of all kinds, thereby enriching our talent pool. It would serve as an integrative arts & culture hub and forum where filmmakers, musicians, performing artists, dancers, and visual artists of all stripes would congregate, communicate, cross-pollinate, and inspire each other. And it would help tighten and strengthen our creative social network.

Most importantly, Memphis Art Park would help increase the rate at which our city’s artists and creatives exchange ideas, which would help reinvigorate the dynamism, richness, and innovation of Memphis culture…and help Memphis get its mojo back. 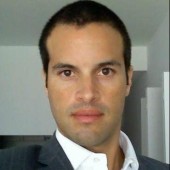 John Kirkscey is the developer of Memphis Art Park (http://www.memphisartpark.org/).

Lessons From Memphis’ Music Past Key Its Music Future

Time To Plant Support For GrowMemphis